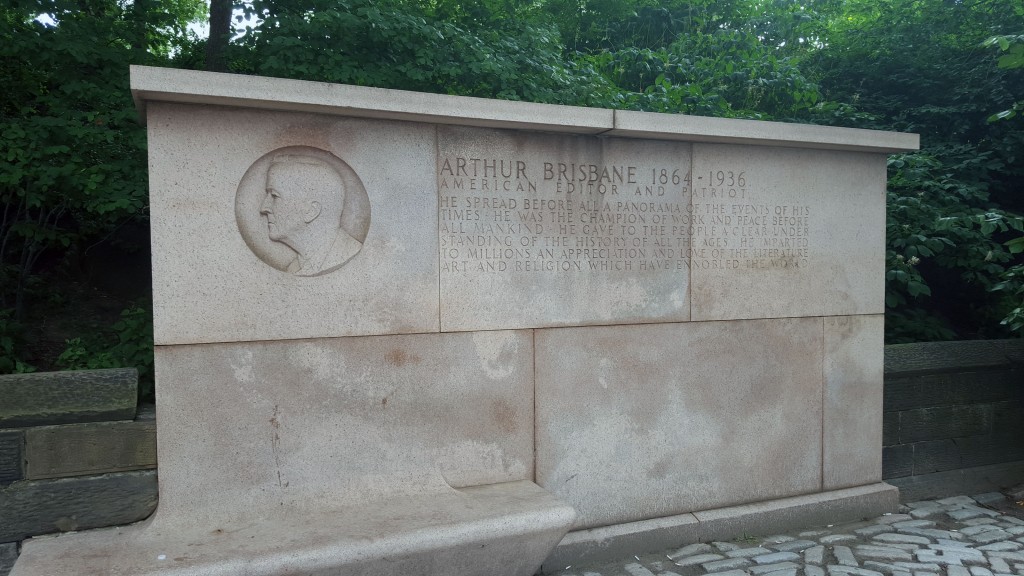 Designed by Shreve, Lamb and Harmon, architects of 500 Fifth Avenue and the Empire State Building, the Arthur Brisbane Monument features a profile of the Hearst Organization editor by artist Richmond Barthe, a well-known sculptor of the period.  Dedicated in 1939, three years after Brisbane’s death, it is located (rather puzzlingly) a block down the street from 1215 Fifth Avenue, which Brisbane developed.

A controversial figure in life, Brisbane was at one point the circulation director for Joseph Pulitzer’s New York World before decamping to Hearst, where his editorial content for the New York Journal is sometimes cited as a forerunner of “yellow journalism”.