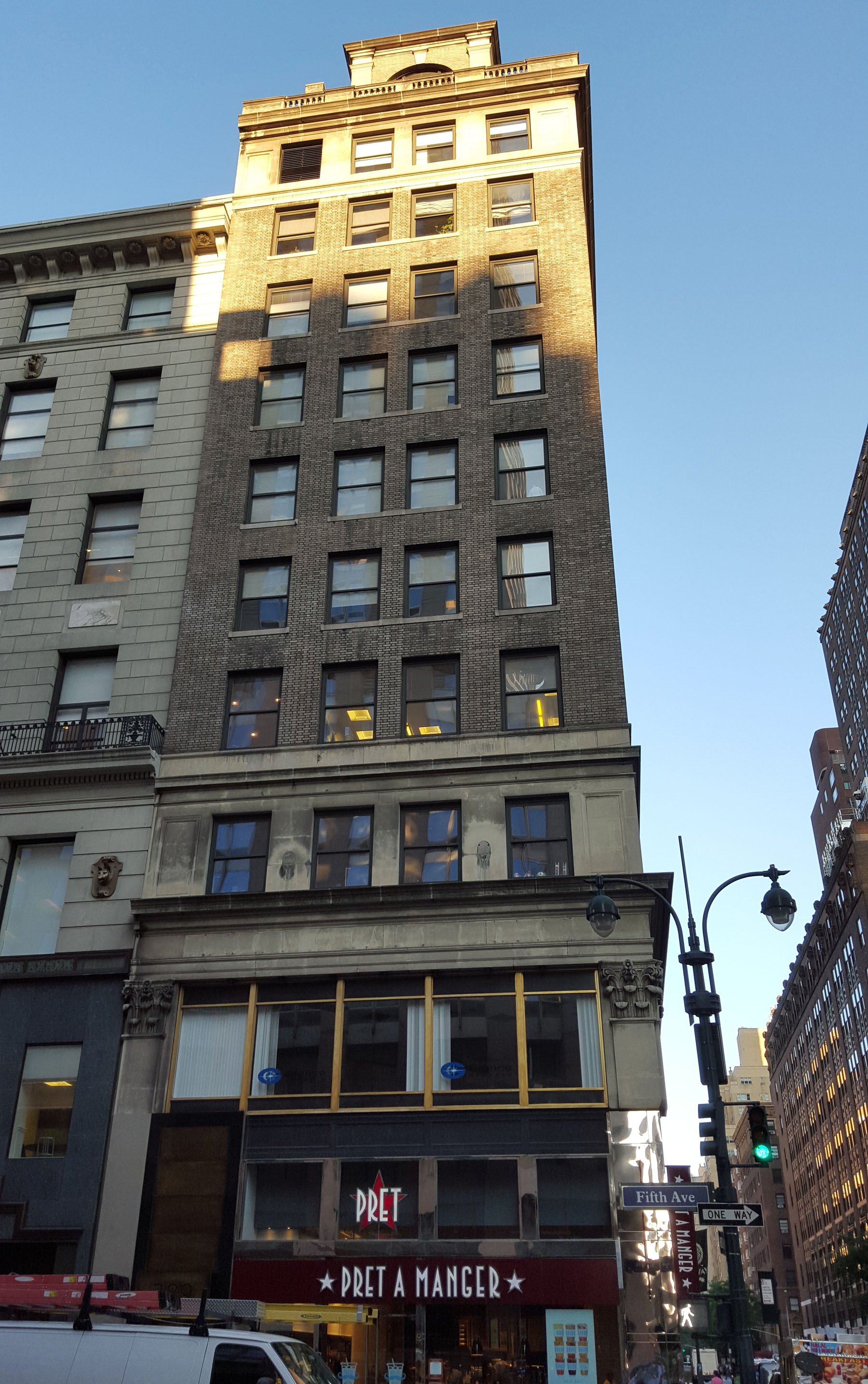 A sensible Beaux Arts building with an altered ground floor, 391 Fifth Avenue is notable as a surviving work by the architect Randolph H. Almiroty whose most famed building in New York City was undoubtedly the recently demolished Rizzoli’s bookstore, originally designed for the Sohmer Piano Company. 391 Fifth Avenue is at least extant but… Continue reading 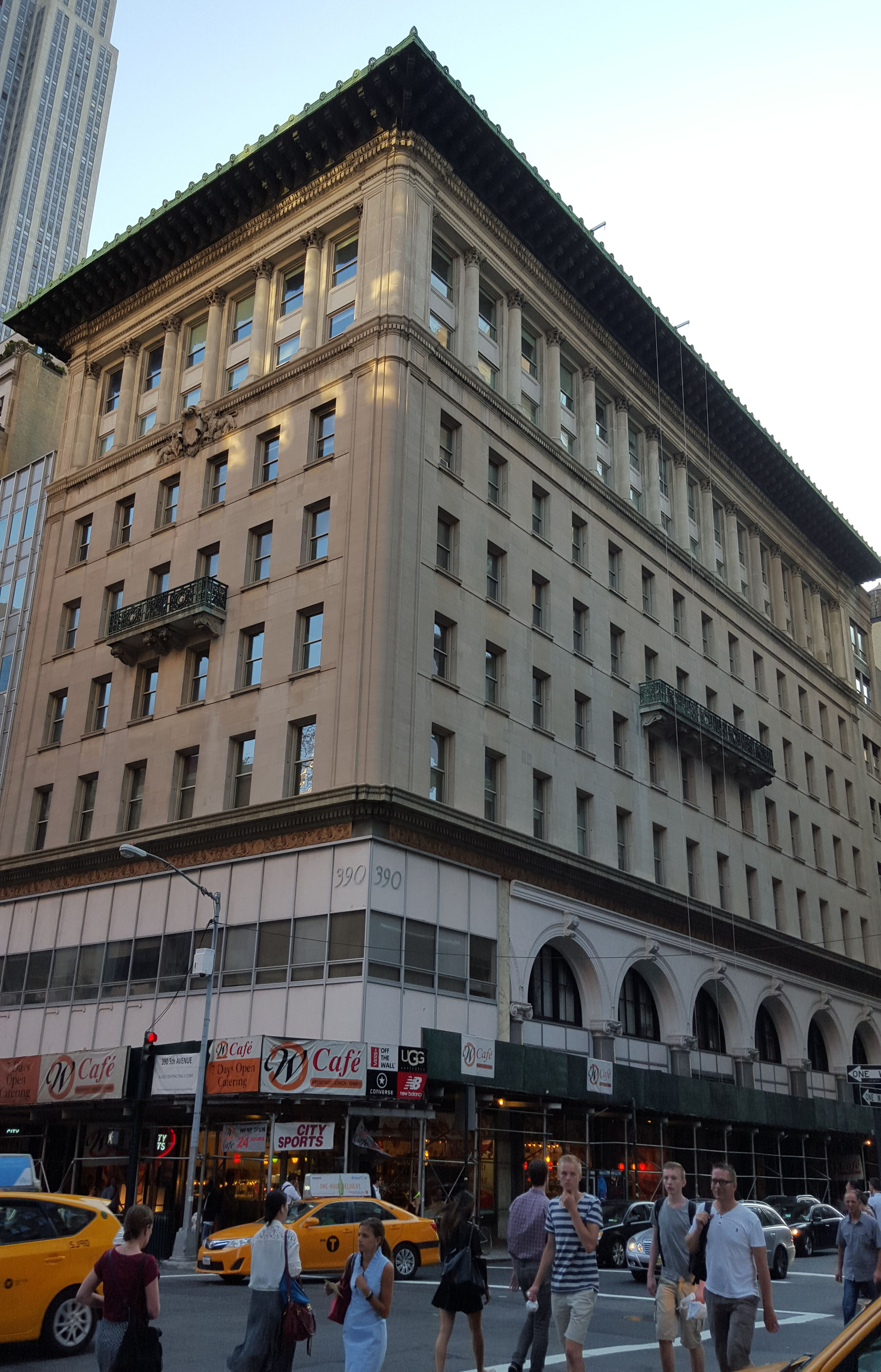 Along with the Tiffany’s Building a block to the north, 390 Fifth Avenue is one of McKim, Mead & White’s best commercial works.  A stolid yet refined palazzo structure capped by an exquisite copper cornice, the building was designed for the famed Gorham Silver Company and features cartouches and decorative elements designed by Gorham’s own… Continue reading 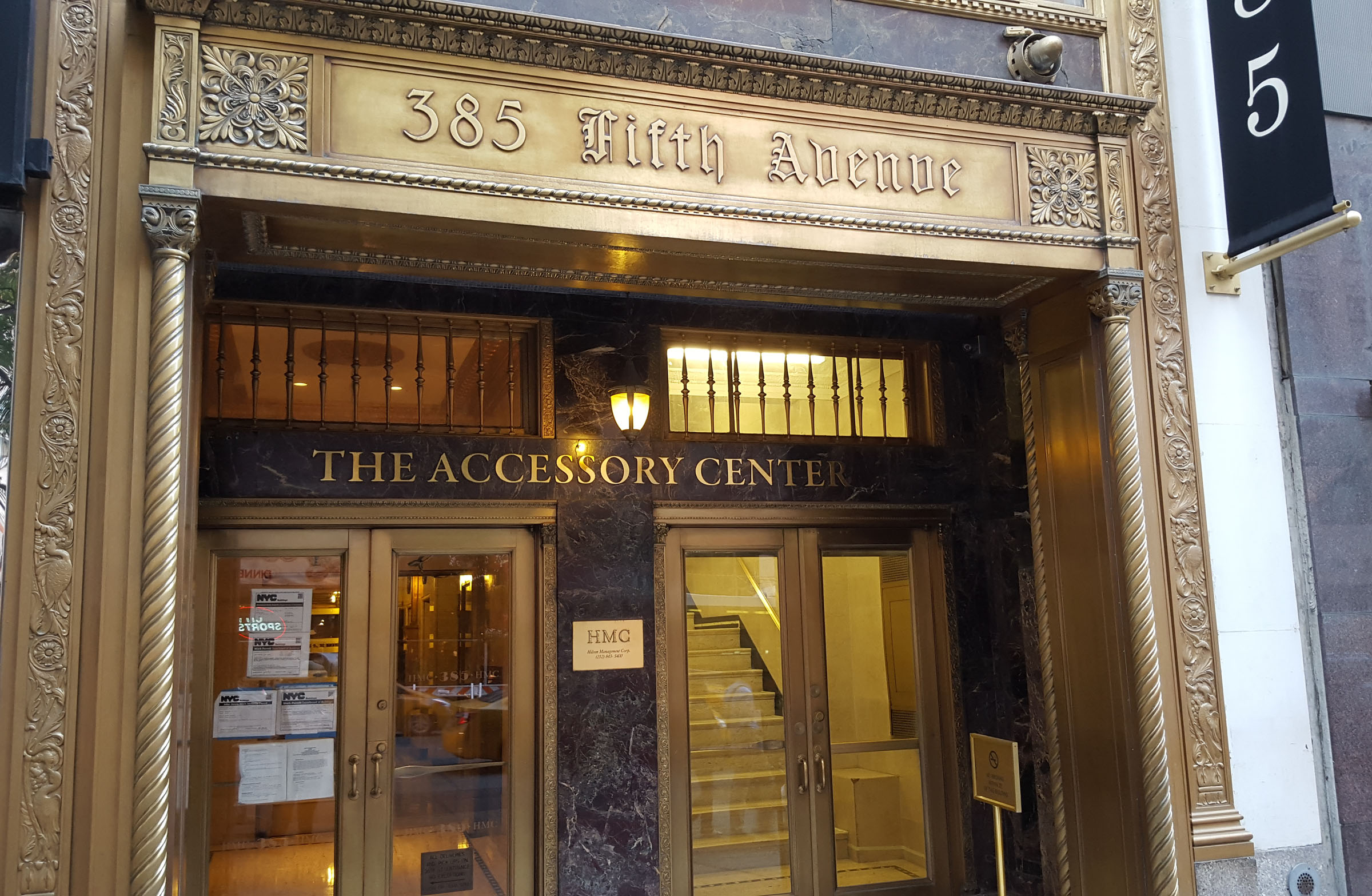 385 Fifth Avenue, also known as The Accessory Center (undoubtedly to differentiate it from The Accessories Exchange a block south at 366 Fifth Avenue) was completed in 1929 by Farrar & Watmough. The firm’s best-known work may be the massive London Terrace complex on 23rd Street between Ninth and Tenth Avenues, the largest such apartment… Continue reading 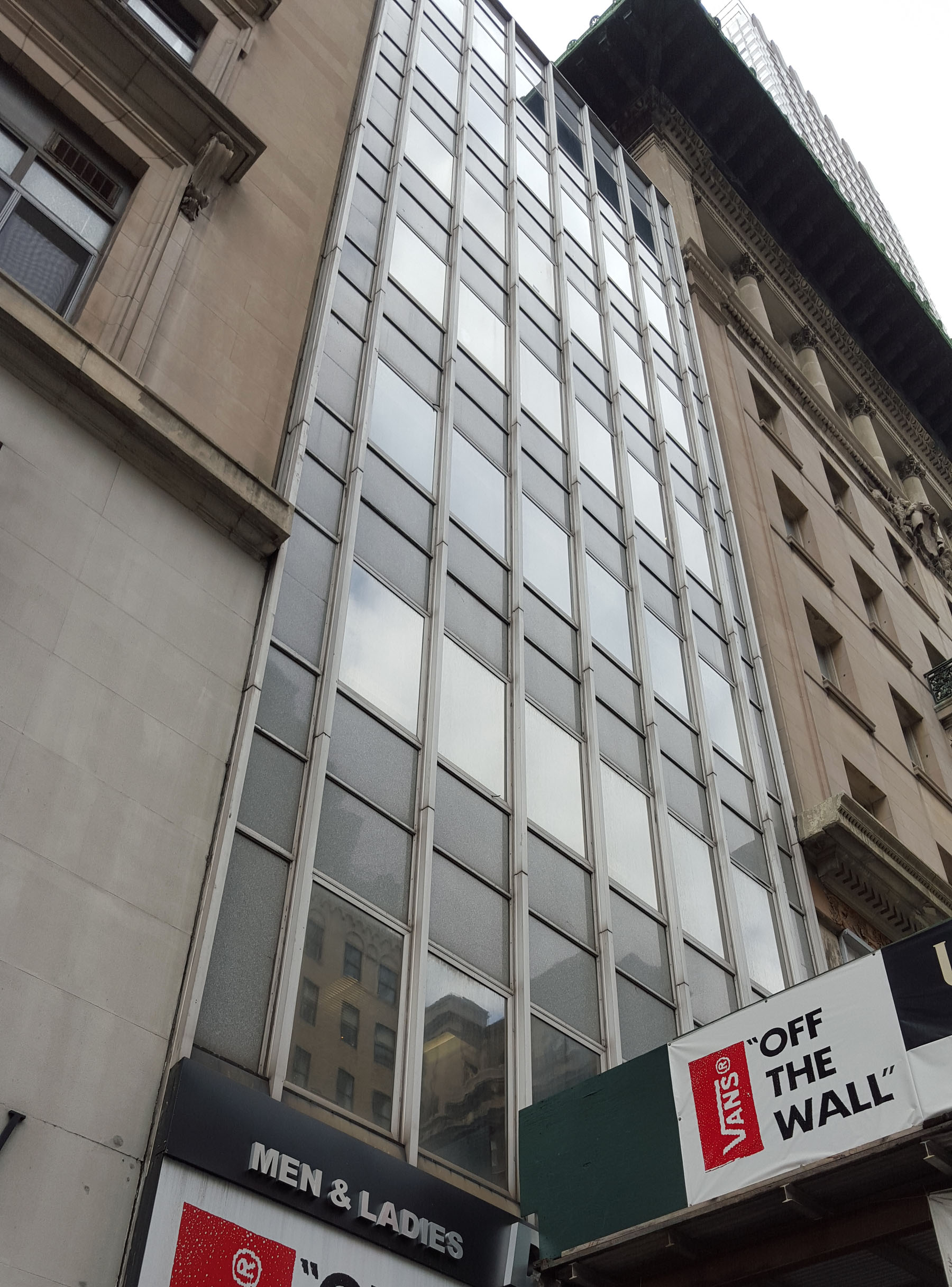 Built in 1908 and given a new façade sometime in the 1950s, 384 Fifth Avenue lacks the double-breasted nattiness of similar recladding projects such as 310 Fifth Avenue to the south. 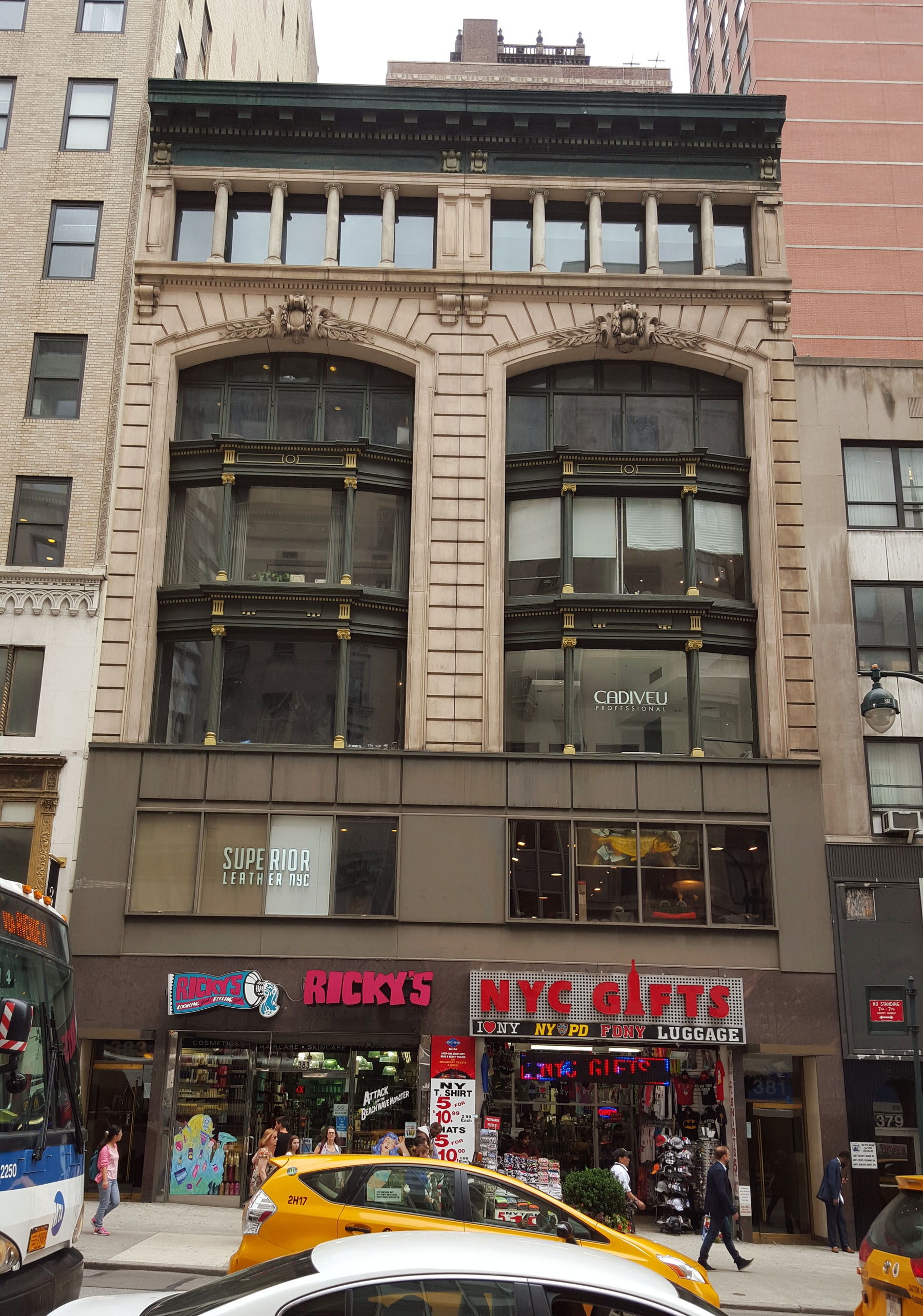 Above its mutilated first and second floors, 381-383 Fifth Avenue brings a burst of Parisian lavishness to its block.  Comparison of the upper with the lower stories provides an all-too-common example of a trend in showroom design subtracting architecture from the streetscape.  Would that it also provided an object lesson.