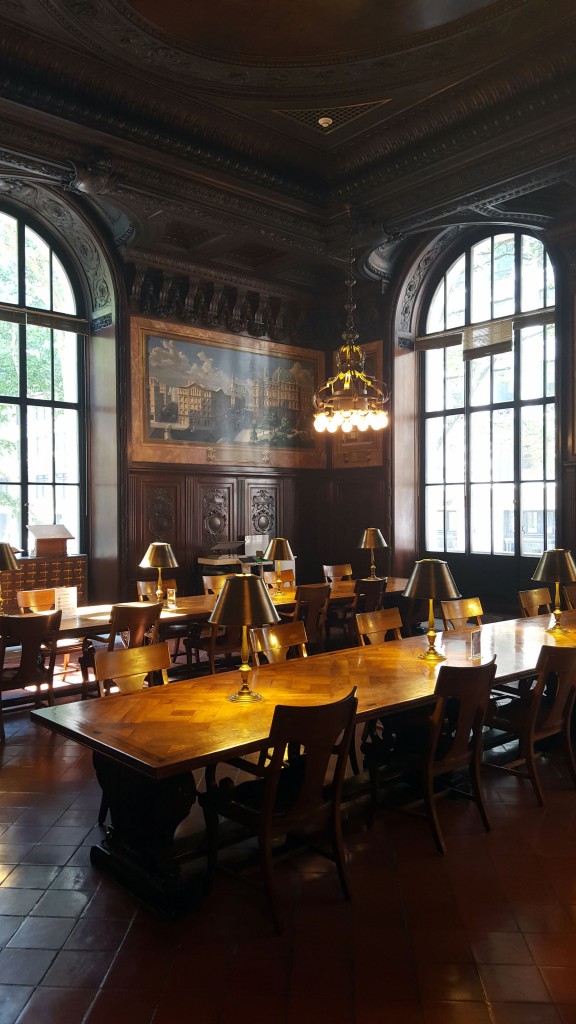 Landmark Branding is pleased to hear that the Rose Main Reading Room and Bill Blass Catalogue Room of the New York Public Library have received the rare status of New York City Designated Interior Landmarks.  In this they join the building itself, the 1897-1911 Beaux Arts masterpiece of Carrere & Hastings, as well as its stupendous interior staircases and entry hall.

In a unanimous vote, the Landmarks Preservation Commission passed the designation, LPC Chair Meenakshi Srinivasan calling the decision “both natural and imperative.”

While this designation represents a major commitment to preserving what may be the city’s greatest public interior along with that of Grand Central Terminal, the Historic District’s Council has noted that there are numerous other rooms within the structure equally worthy, including the amazing DeWitt Wallace Periodicals Room (pictured above); it is to be hoped that the LPC will consider further spaces in the original structure as equally worthy of preservation.

The DeWitt Wallace Periodicals Room was named after DeWitt Wallace, founder of the Reader’s Digest Magazine, who paid for its restoration and renovation in 1983.  The renovations included the addition of a series of murals by artist Richard Haas that show various buildings associated with the history of publishing in New York, including the Scribner Building, another landmark that stands at 597 Fifth Avenue.  They are a charming addition to what may be the most sumptuous small-scale interior of the period in the city.