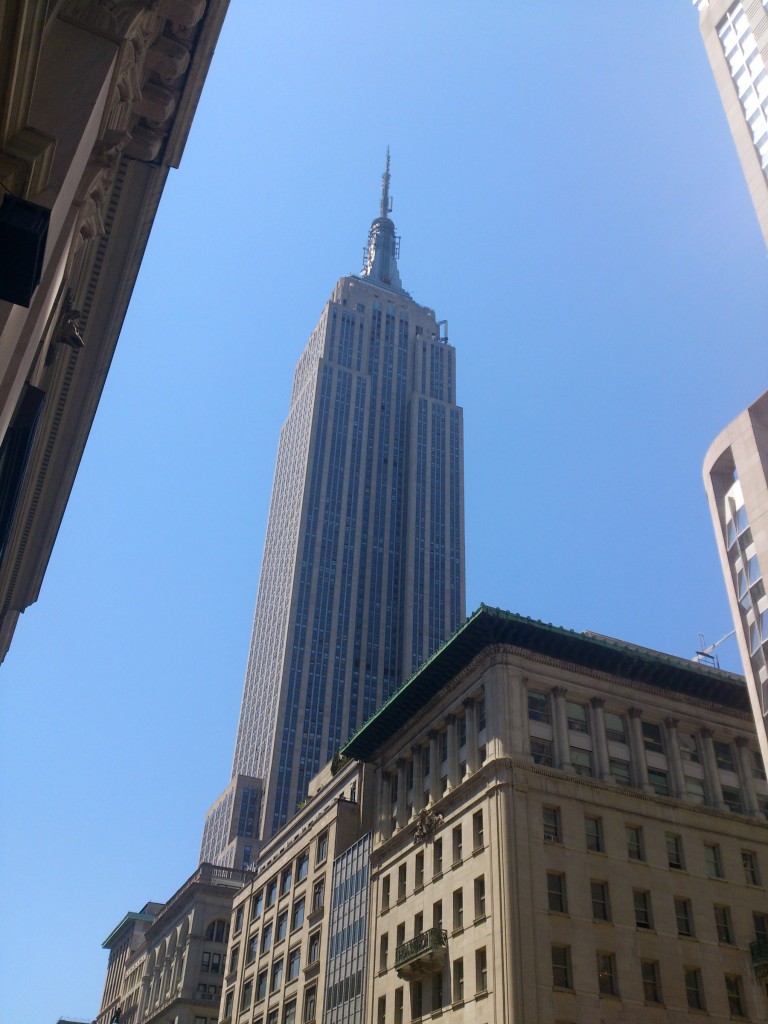 The last building on the avenue with a NoMad address, 350 Fifth Avenue, better known as the Empire State Building, is the largest and arguably the greatest of New York’s classic Art Deco skyscrapers.

A masterpiece of massing by architects Shreve, Lamb and Harmon, the design is admirably austere, rising in sleek setbacks to a (never-used) mooring mast for zeppelins. The mast itself was crowned in 1950 by a (heavily-used) radio antenna that serves over 30 television and radio stations and which has come to appear an integral part of the design.

Called “Smith’s Folly” and famed as Kong’s bane, the building has loomed large in American popular consciousness and culture; its construction involved over 3,400 workers, many of them Mohawk Indians.  The first building in the world of over a hundred stories, the Empire State Building is still the fifth tallest building in the United States and the 25th tallest structure in the world.

The building recently underwent a $550 million renovation program that has returned its three-story lobbies to their original grandeur and made the Empire State Building the tallest gold LEED Certified rated building in the world.

The building is a National Historic Landmark.