The Demarest Building at 335-339 Fifth Under Threat 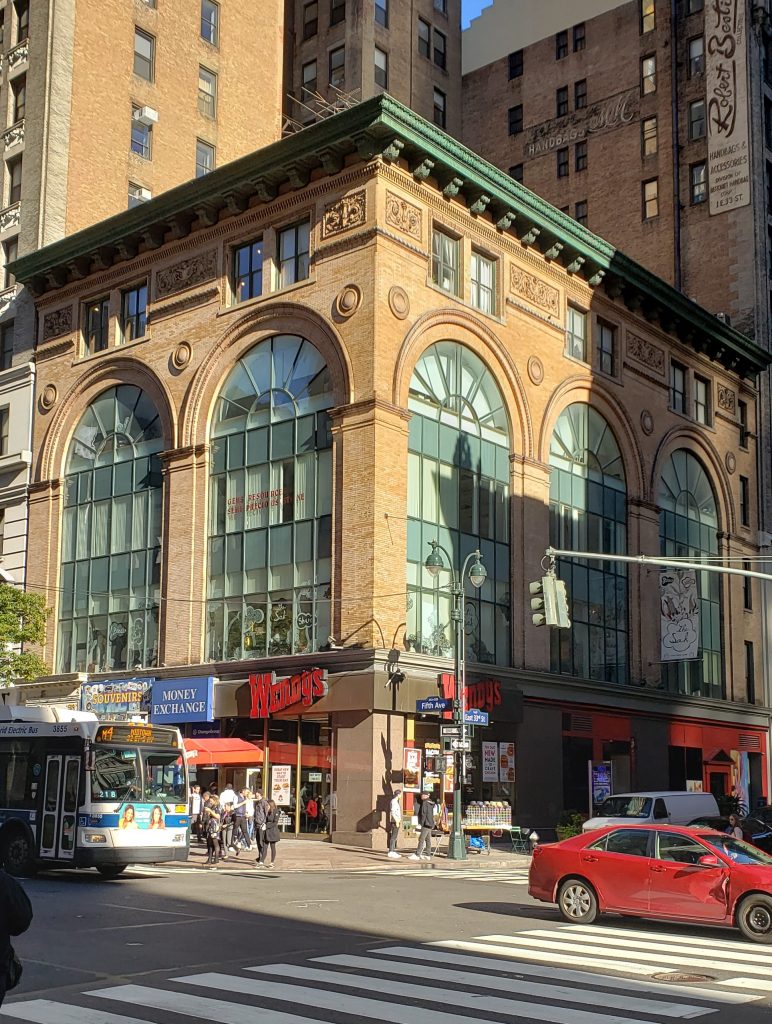 One of the best commercial buildings of its scale and period, the 1889 Demarest Building at 335-339 Fifth Avenue is under threat of demolition by developers who propose to replace the Demarest with a high-rise of potentially 20-25 stories.  While the site would appear to support a structure at this scale – its neighbor directly across the street is the Empire State Building, after all – the loss of the Demarest would be a major one, considering its extraordinary quality.

Designed by the successor firm to James Renwick Jr., the Demarest Building is one of the relatively few late 19th century commercial buildings in New York that compares with the very best work being produced at the time in cities such as Boston and Chicago, where architects such as Henry Hobson Richardson and Louis H. Sullivan were leading the way to a genuinely American sensibility in architecture.  The first building in the world with an electric passenger elevator, the Demarest was at the forefront of new technology as well as aesthetics and its Romanesque detailing is robust, cheerful and provides a note of red-orange brick warmth on an Avenue mostly defined by limestone and glass.

As there is a chance for a more contextual design than some recent area construction, perhaps the final project could incorporate the existing building.  Facadism is a fraught approach – but when done well and with creativity it has resulted in some of the city’s best recent designs, such as Thor Equities’ astounding 837 Washington Street.  The Demarest Building’s heroic arches and cubic massing could easily support a contrasting structure to the height proposed.

Its complete removal would be a great loss and a missed opportunity.