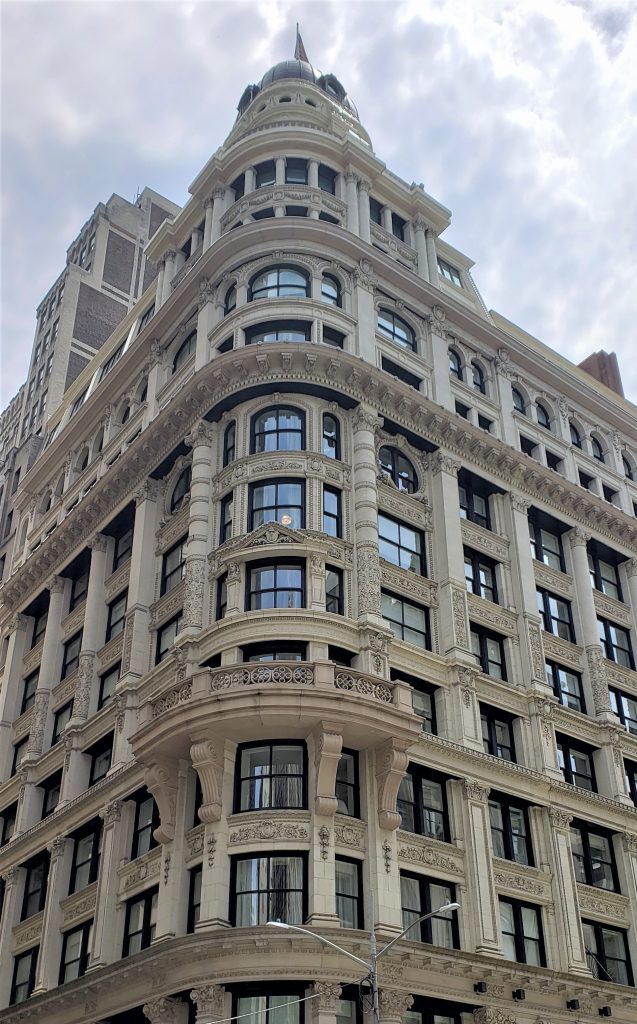 When last we passed this way, the extravagant Beaux Arts building at 141-147 Fifth Avenue was clad in netting for a restoration.

Constructed in two parts, the original 1896 design stood mid-block and was the work of Robert Maynicke, an architect whose output on the Ladies Mile tended to be less extravagant.  The answer to the discrepancy lies with the addition of a second architect hired to extend the building to the corner of Fifth Avenue and East 21st Street in 1899.  Henry Edwards Flicken promised his client his work would match the Maynicke façade, but wound up raising the building by two stories at the corner, capping it with a fantastic dome and adding balconies and oval windows throughout, making 141-147 Fifth Avenue very much his own edifice.

As an added detail, the new façade was cast iron instead of limestone, making this a structural and engineering landmark as well as an architectural one.

The building was extensively renovated as luxury apartments in 2007.