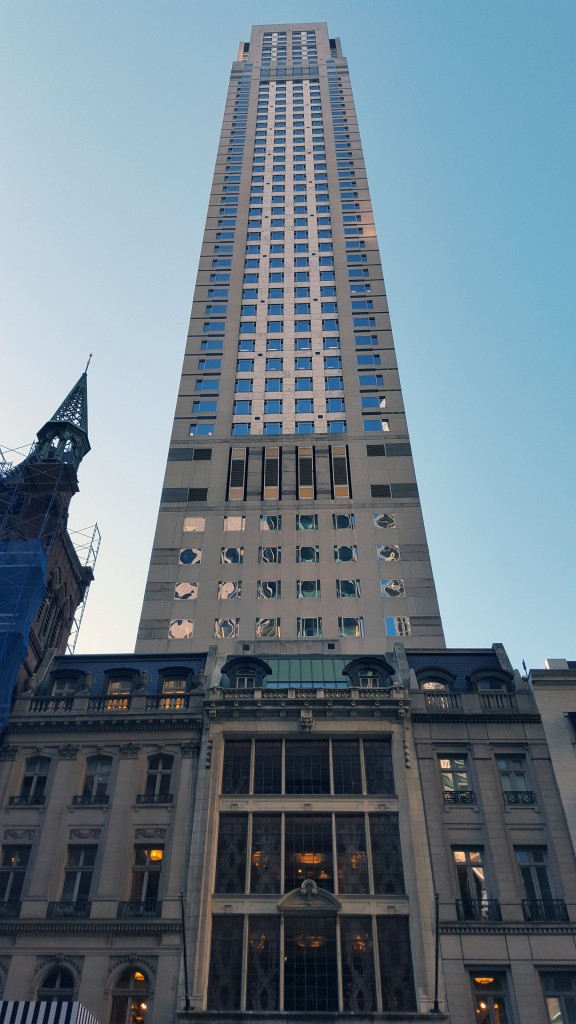 A breakthrough concession to preservation, 712 Fifth Avenue is a tall limestone tower that incorporates two beautiful small commercial buildings at its base alongside an entry façade that mimics the Beaux Arts style so completely that many see it as another historic feature.

Constructed in 1990 through 1992 to designs by architectural firm Kohn Pedersen Fox with Schuman, Lichtenstein, Claman & Efron, 712 Fifth Avenue also preserves the facades of both the original Rizzoli’s bookstore and a remarkable cage-like structure that features large Lalique glass windows.

The tower itself is well-proportioned and provides a handsome backdrop to the nearby Crown Building (although it partially obscures vistas of the Empire State Building when seen from the north).

A handsome example of a “facadectomy” done right and an example, one would think, to more recent developers on Fifth.