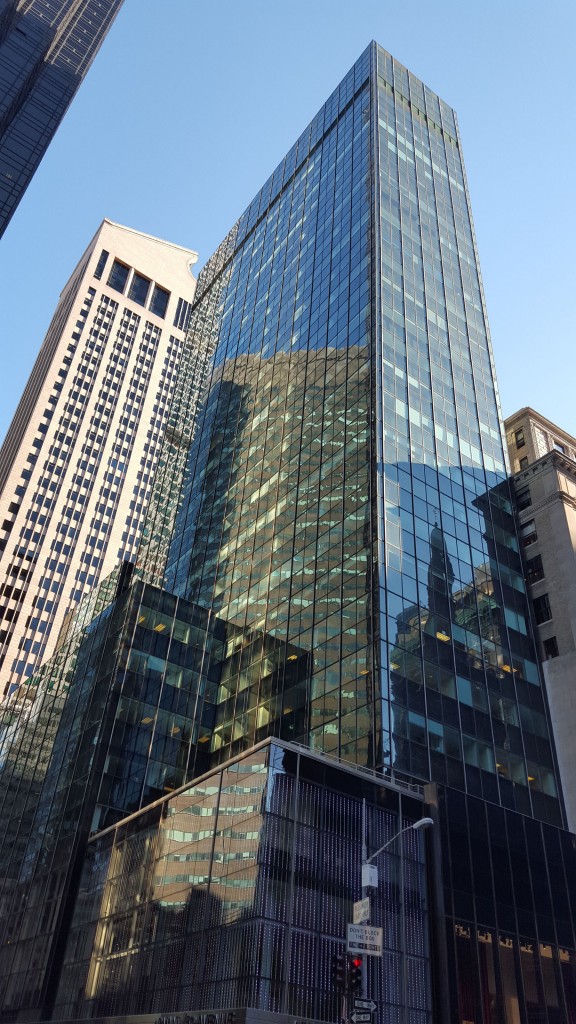 A sleek Mid-Century Modern addition to Midtown, 717 Fifth Avenue was designed by Harrison, Abramovitz & Abbe in 1959 for the Corning Glass Works, which was previously housed in a much smaller building directly across the street at 718 Fifth Avenue.

A handsome entry in Lever House professionalism, the original plaza has, regrettably, been partially filled in.  The interiors at 717 Fifth Avenue are most notable for the striking interior staircase created in the 1990s by architects Massimiliano & Doriana Fuksas for Armani, a current tenant.