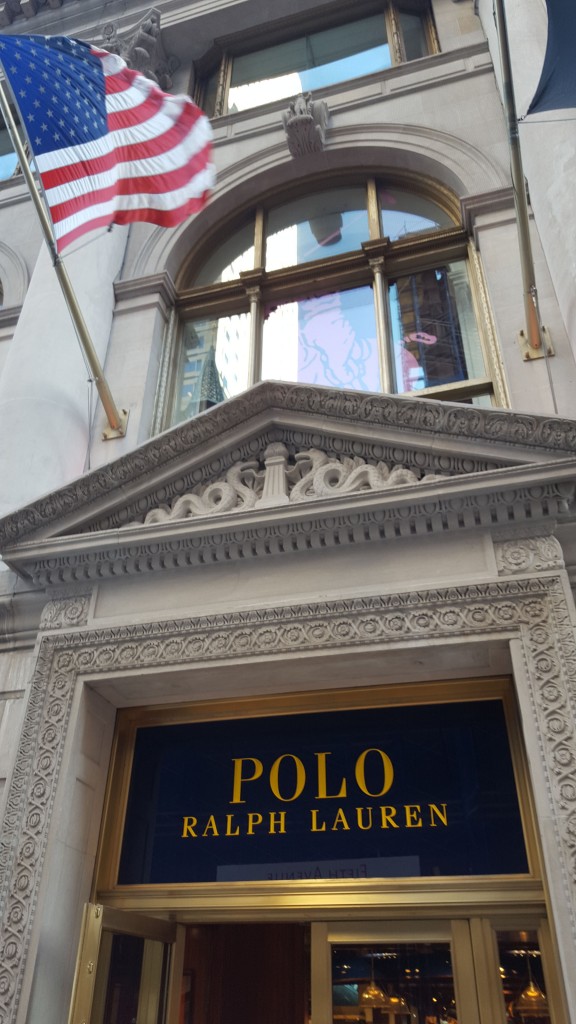 A grand Beaux Arts office building, 711 Fifth Avenue was built in 1926-1927 by developer-architect Floyd Brown.  The sumptuous but conservative exterior concealed what architectural historian Christopher Gray has called “The radically modern headquarters of NBC.”  Designed by Raymond Hood, one of the chief architects at Rockefeller Center, these rooms displayed a sleek Art Moderne sensibility in keeping with Hood’s at the Center and elsewhere.

A handsome exterior pediment was removed for a rather heavily droll marquee during the building’s recent tenancy by The Disney Store; the mouse has departed and the classical pediment has been happily reinstalled.