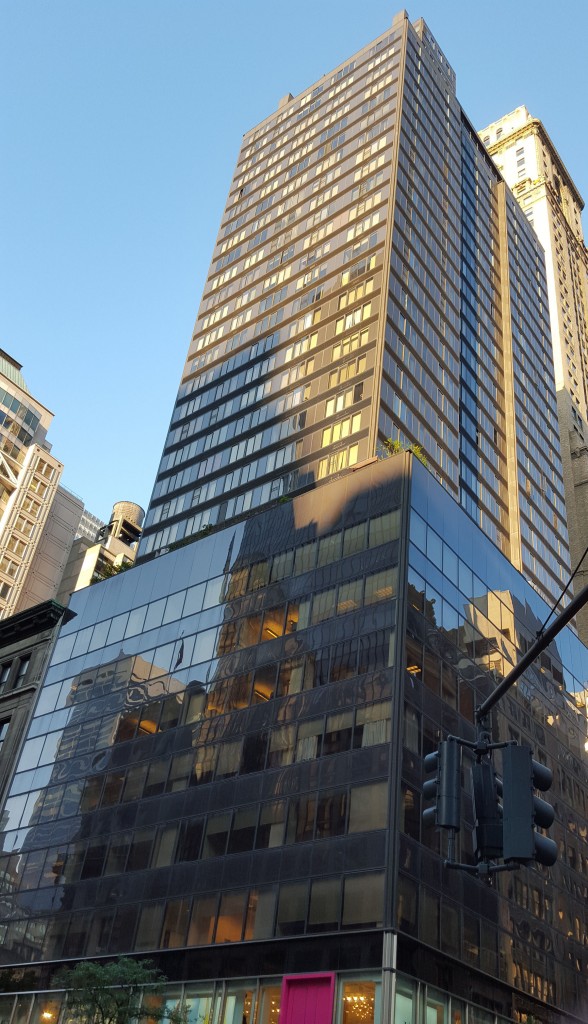 The first Miesian skyscraper we’ve encountered, 445 Fifth Avenue was designed by Emery Roth & Sons as a condominium building and features the dark glass and bronze-colored framing elements associated with Mies Van der Rohe’s famed Seagram Building on Park Avenue.  Until recently the first two floors were framed with wretched PoMo “neo-classical” details: these have been removed by Thor Equities and the shopfronts have been brought back into Modernism.

445 Fifth Avenue stands on the site of the long-gone 1881 Union League Club, one of the city’s most flamboyant Victorian piles. The club moved to its current Park Avenue address in 1929 and the building burned down in 1932.