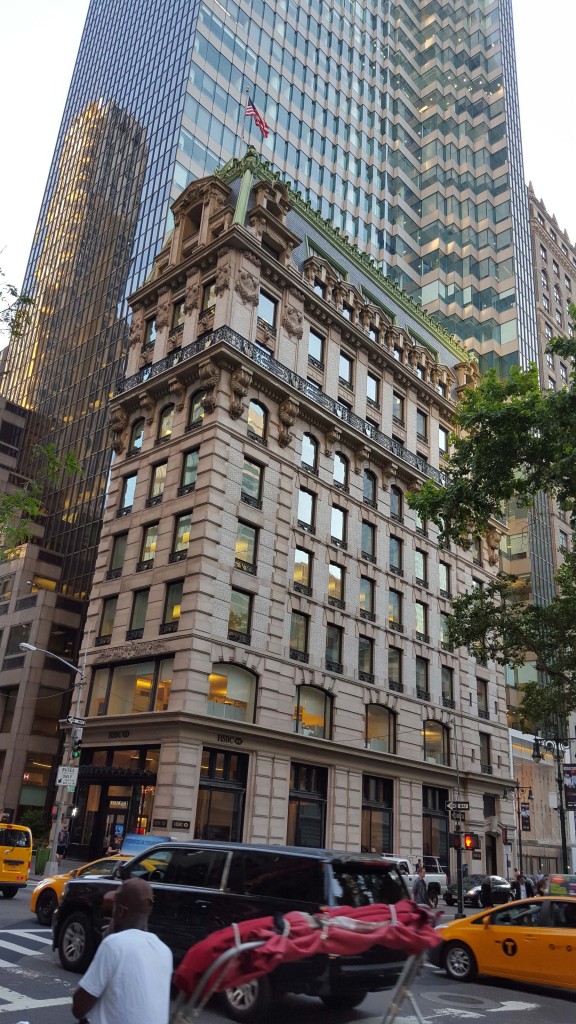 The jauntiest of Fifth Avenue’s mansards, 452 Fifth Avenue wears its soaring roof like a couture chapeau – and considering that it was constructed as the Knox Hat Building, this is more than appropriate.  Designed by John H. Duncan, perhaps best known as the architect of the General Grant National Monument (itself better known as “Grant’s Tomb”), the building was incorporated into a new stepped tower in 2006.

Designed by Eli Attia, the new building forms a distinctive backdrop for 452 Fifth Avenue’s silhouette, which in turn continues to dominate the view south from 42nd Street and Fifth.