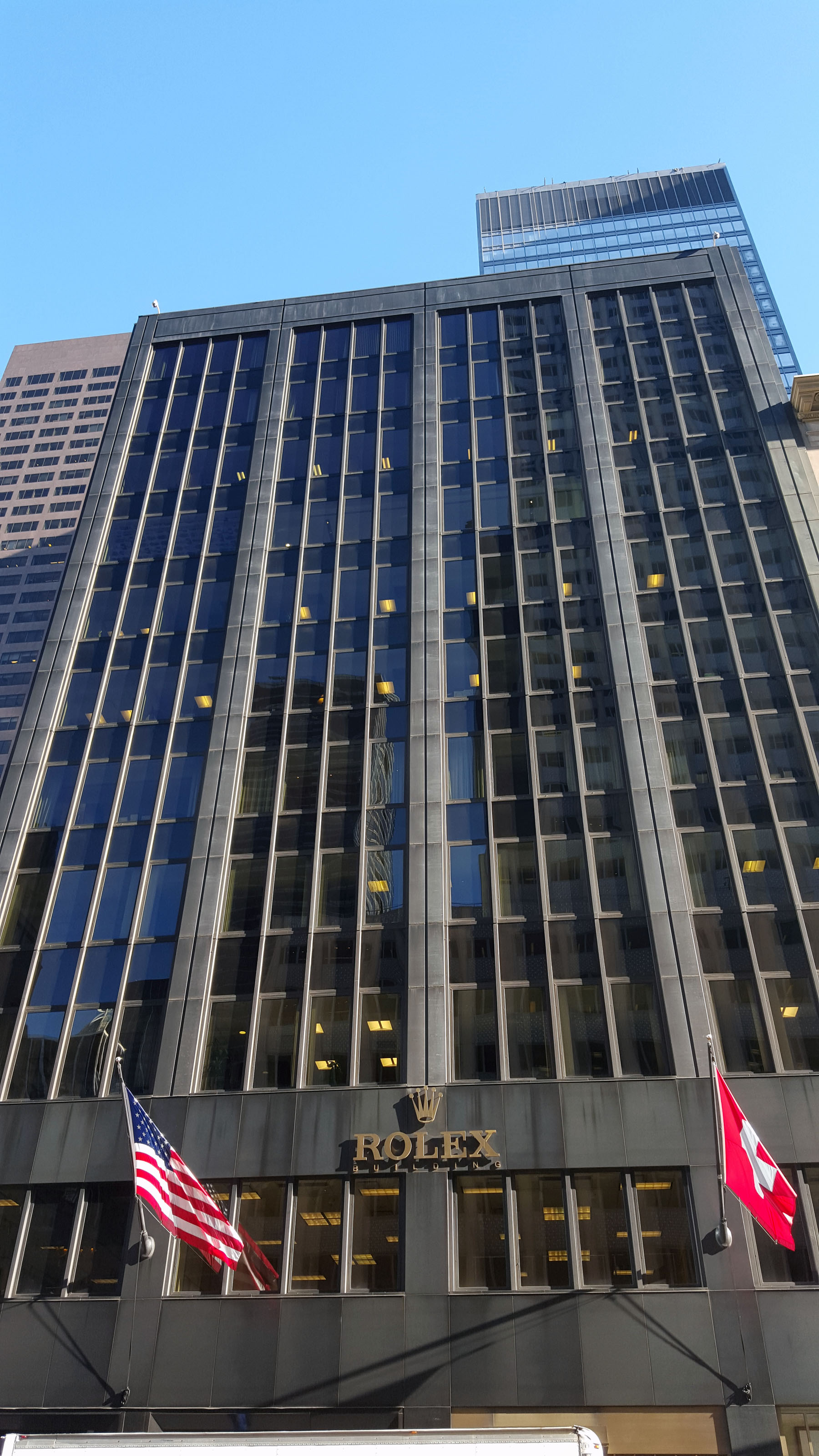 Originally built in 1924 for the Scandinavian department store Jansen, 665 Fifth Avenue acquired its current appearance in the 1970s when the building was purchased by Rolex.  The attempt at Miesian elegance suffers in comparison with Olympic Tower just a block south. 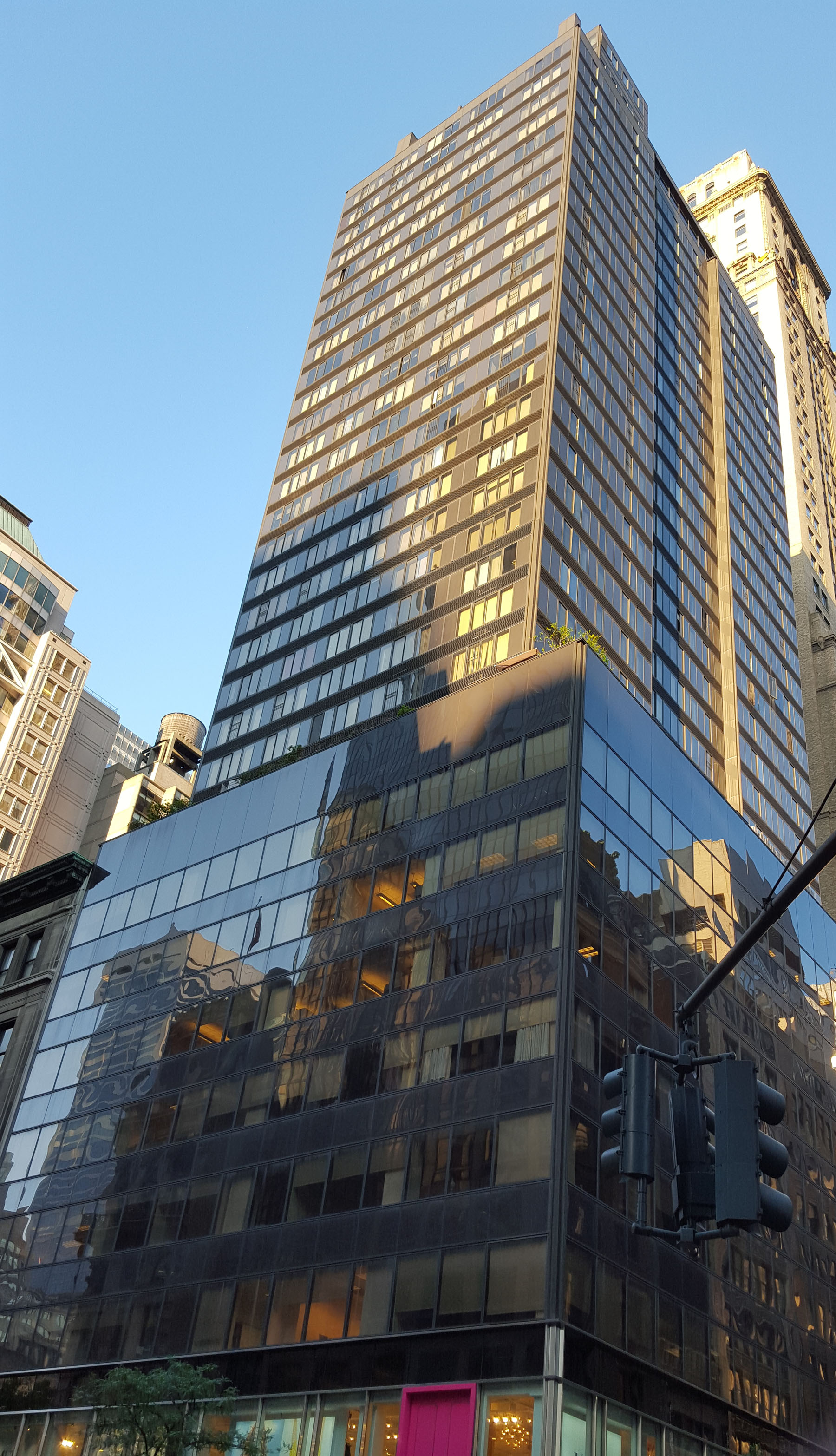