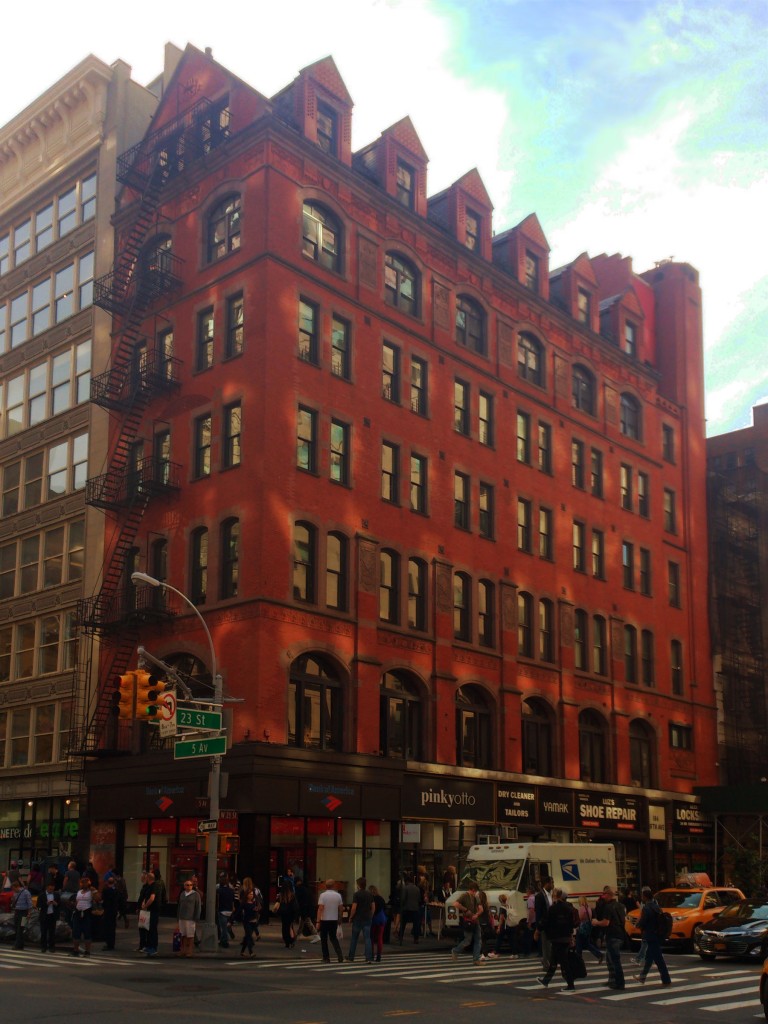 A charming and unusual Queen Anne office building, 186 Fifth Avenue was designed by Henry J. Hardenburgh, architect of the Plaza Hotel and the Dakota Apartments, whose nearby shop-front for the Sittenham Building at 123 Fifth Avenue is one of the district’s gems. Built of red brick, cast stone and terra cotta, 186 Fifth Avenue was constructed as a branch office of the Western Union Telegraph Company in 1883.

Founded in 1851 the company had the largest telegraph system ever established: cables were laid to Ireland, France and South America. 186 Fifth Avenue was one of 137 branch offices in New York, connected to the Western Union headquarters at Broadway and Dey Street by a pneumatic tube system.

As the Landmarks Commission notes, “The prestigious location at Fifth Avenue and 23rd Street and a building commissioned by an important architect were evidence of the importance of the telegraph technology and specifically of the commercial success of this company.”

Now surrounded by buildings crowded with digital media and communications firms, 186 Fifth Avenue is a surprising forerunner of the “Silicon Alley” of today.