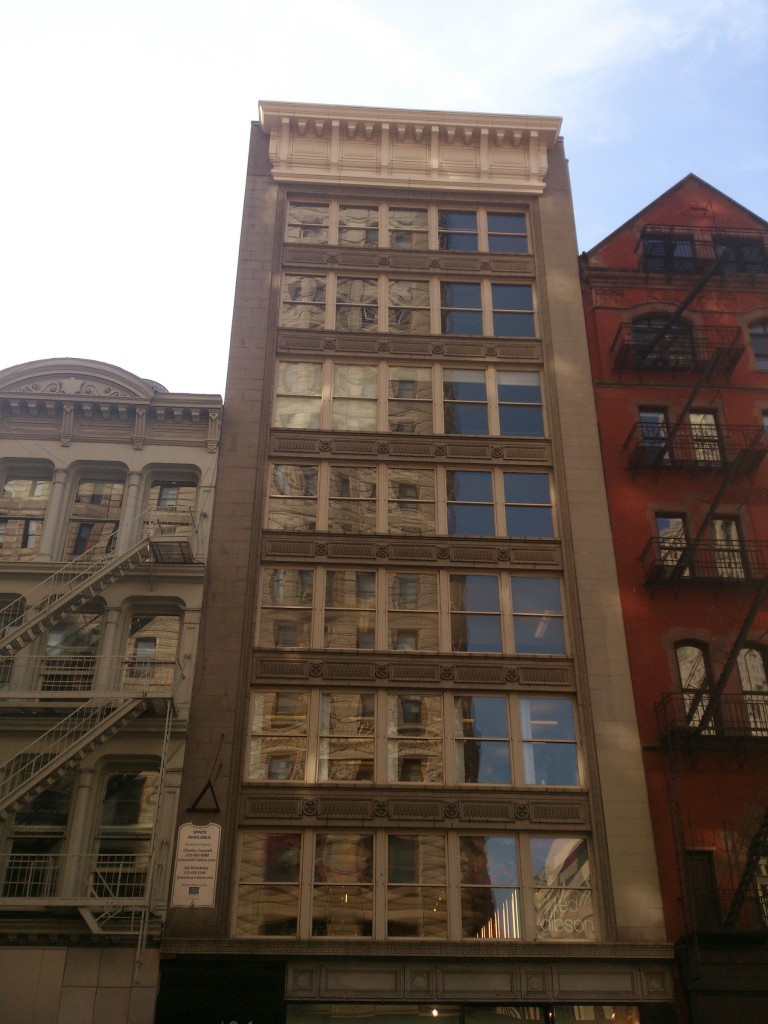 A demure office building clad in delicate terra-cotta, 184 Fifth Avenue’s current 1911 design replaced a previous cast iron façade which in turn had replaced a facade of brownstone…neatly summing up a century of architectural trends on one site, give or take a few extra stories.

The architect of 194 Fifth Avenue, John Corey Westervelt, is perhaps best known as the designer of numerous locations of the famed Childs Restaurant chain, including the now landmarked Childs location on Surf Avenue at Coney Island. Another of his works can be seen nearby at 4 East 20th Street.