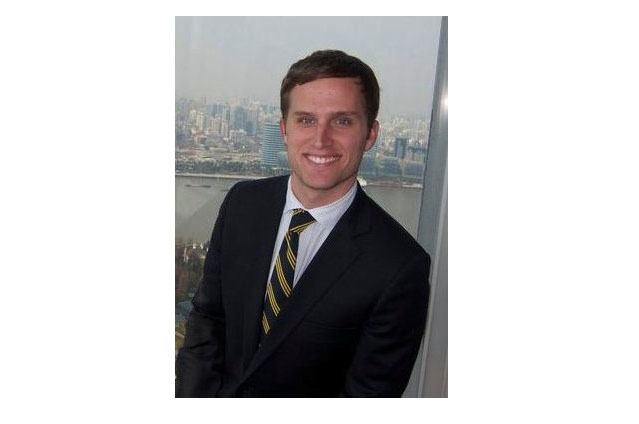 In this installment of Faces on Fifth, our ongoing series on the people behind Fifth Avenue’s businesses, institutions and buildings, we speak with Robert Jones, Senior Associate at Activate, a leading strategy and technology consulting firm for media, technology, entertainment and information businesses.

Writing software for video games while still in high school, Jones worked for four years at Apple’s San Francisco Bay Area offices before joining Activate; he has been with the firm for two years in their Fifth Avenue location in New York’s emerging “Silicon Alley,” a district that includes much of the Ladies’ Mile.

“I love working in such an amazing building,” Jones says of 156 Fifth, one of the district’s most imposing and oldest skyscrapers. “Beyond that, even in the digital industry physical proximity still matters. This location is within walking distance of dozens of incubators, venture capital offices and digital media companies and that’s been invaluable for building relationships.”

Jones says that it doesn’t surprise him that the district’s buildings have proven so popular with forward-thinking companies and entrepreneurs. “A lot of the ethos of these companies is about reinvention.  Older buildings are part and parcel of this: the ability to continually manage adaptation and make something old do something new.” There are practical advantages as well: “The buildings lend themselves to smaller companies and to creative and collaborative spaces.  Instead of cubicle farms, dropped ceilings and florescent lights we have the ability to be flexible and create our own environments.”

Beyond this Jones loves the neighborhood for its mix of live/work/play opportunities and for its amazing views and atmosphere. “It’s a great place to meet people for drinks and dinner and Madison Square is a wonderful place.  My office has a view of both the Empire State and the Flatiron Building and when the late afternoon light shines off the Flatiron – well, it’s just an inspiring sight.”