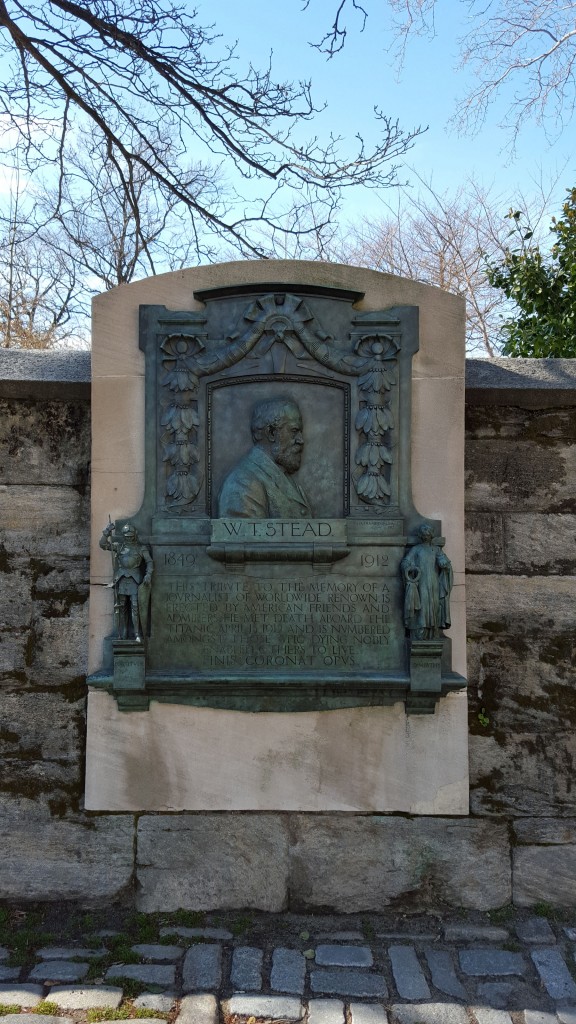 The William T. Stead Memorial, dedicated to the British journalist William T. Stead, is a replica of the London original by British artist George James Frampton, which was set into a wall of the Embankment Promenade facing the Thames.  Stead, a well-known writer who founded the Review of Reviews in 1890, perished aboard the Titanic after assisting numerous other passengers to safety.

The British memorial was unveiled in 1913, the year after the disaster.  The New York version was installed in 1920 and the surround was designed by Carrere & Hastings.

An understated and easily overlooked but moving feature of Central Park.