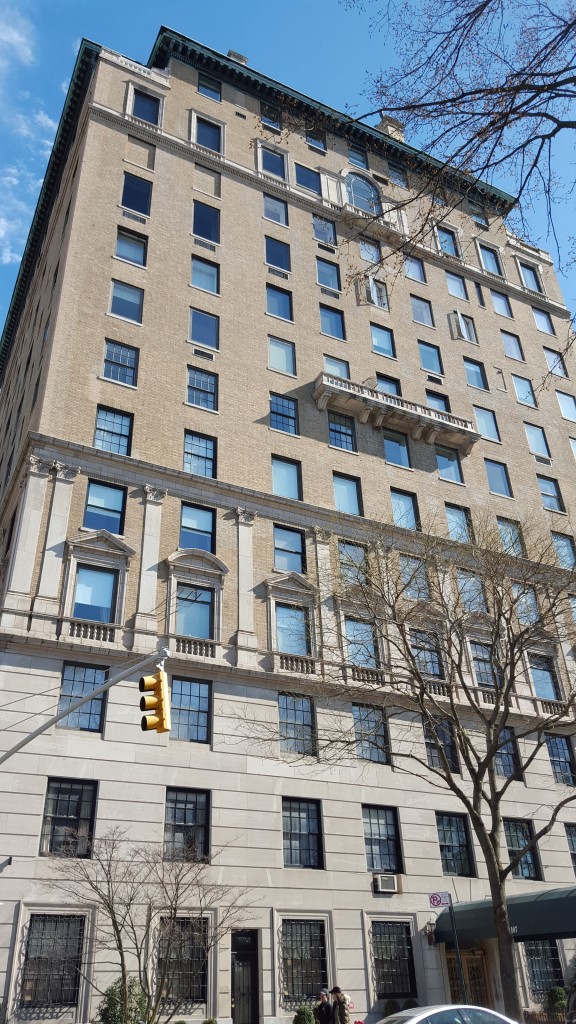 1107 Fifth Avenue replaced the enormous Hutton Mansion – and did so only after Mrs. E. F. Hutton ensured that her house would be virtually replicated as the building’s triplex penthouse.  The uppermost floors of this building echo the original structure, with the Palladian window visible at the upper part of the photo taking the place of the front door.  The interiors of the Hutton Suite, as the 54-room apartment was called, were as grand as any New York private home, and were all the more remarkable for being provided as a rental.  The annual fee was $75,000 – and the lease was signed for 15 years.

The Hutton Suite was subsequently divided into 9 still quite grand apartments.

The architect for 1107 Fifth Avenue was the George R. Fuller Company; the building was completed in 1926.