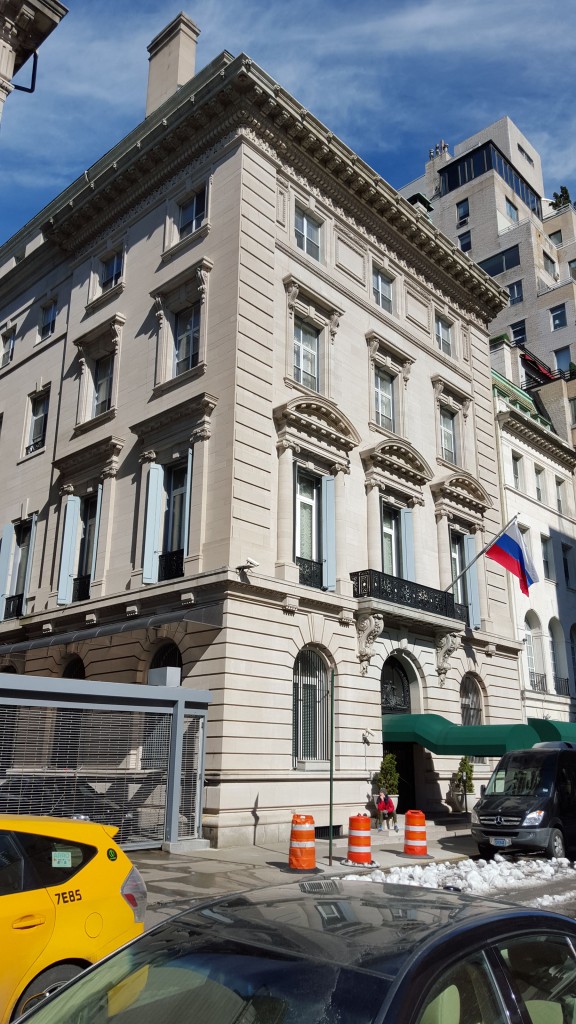 The third of the three remarkable large-scale freestanding houses to line the north-side block of East 91st Street between Fifth and Madison, 9 East 91st Street was designed in 1903 by Carrere & Hastings for banker John H. Hammond, whose sister-in-law was Mrs. Burden, owner of the house next door at 5 East 91st.  Called “as elegant as any building its size in Rome,” by The New York Times, the house has long been the property of the Russian Federation Council General, formerly the Soviet Counsel General.  They are responsible for the unsightly metal gate, required for security purposes, and screening the former courtyard.

The building was landmarked in 1971, thus preserving what historian Henry Hope Reed called “The noblest perspective in the city.”