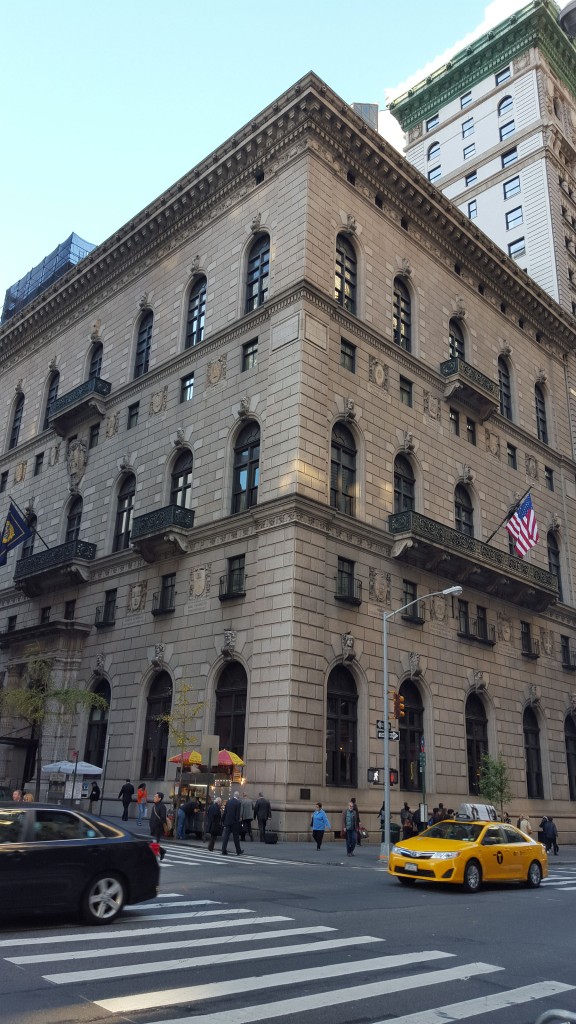 One of McKim, Mead & White’s best New York City buildings and perhaps the best example of the skyscraper-palazzo in the world, The University Club conceals a nine-story building behind a three-story face derived after Florentine models.  Robust yet gracious ornament, strong proportions and a sense of august eminence carry the day.

The sumptuous interiors include a splendid library with ceiling paintings by H. Siddons Mowbray, who also collaborated with the firm on the Pierpont Morgan Library, and one of the city’s most magnificent swimming pools, modeled after a roman bath and still instituting an all-male all-nude policy.

Like many more buildings we’ll be encountering as we move further uptown, the University Club does not have a Fifth Avenue address; it is located at 1 West 54th Street.