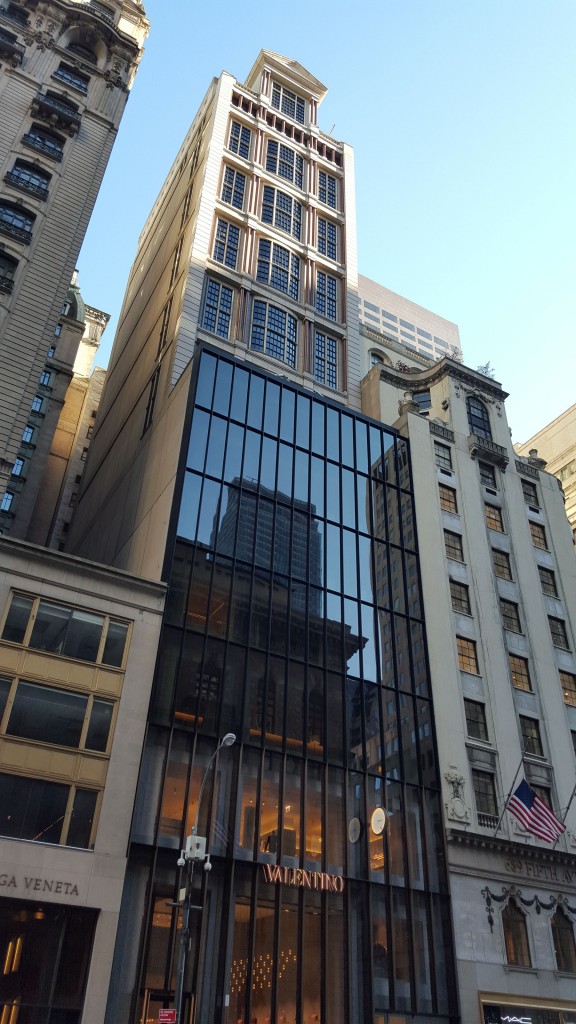 Called “the best Postmodern building in the city” by architectural historian Carter B. Horsley, 693 Fifth Avenue was designed by Johnson & Burgee for the Japanese department store Takashimaya.  Completed in 1993, the building provided a robustly contextual solution to the gap that previously existed between two of Midtown’s most refined buildings, the Elizabeth Arden Building and the St. Regis Hotel.

Although the upper floors remain as originally designed, the lower eight floors have been recently replaced with a glass façade of the sort that is rapidly eradicating architectural detail from this stretch of Fifth.  The result is a structure caught between styles, with the Postmodern tower looming rather uneasily over the elegant but seemingly insubstantial base.