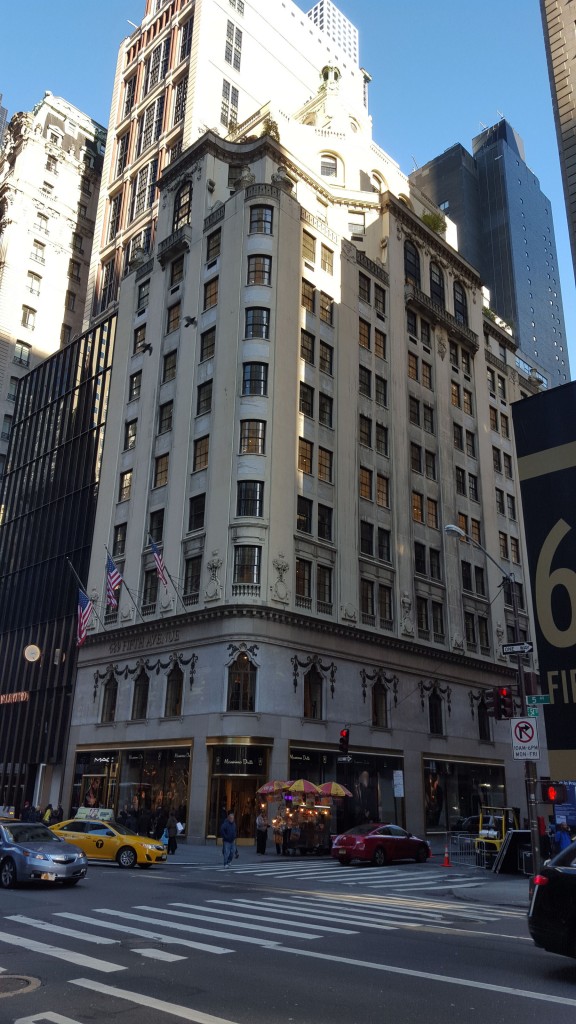 Built in 1925-27 as the Aeolian Building to designs by Grand Central Terminal architects Warren & Wetmore, 689-691 Fifth Avenue is better known today as the Elizabeth Arden Building, after the famed beauty salon housed there since 1930.  A singularly graceful example of the setback skyscraper, the building is decked out in soigné French Classical detailing, including Italian marble spandrels, bronze garlands and a copper-clad lantern atop the tower.

Lauded by architectural critic Paul Goldberger as “a gem” and “as good a reminder as New York has that architecture can be exuberant and fanciful yet discreet and well-mannered”, 689-691 Fifth Avenue  is a registered New York City Landmark.