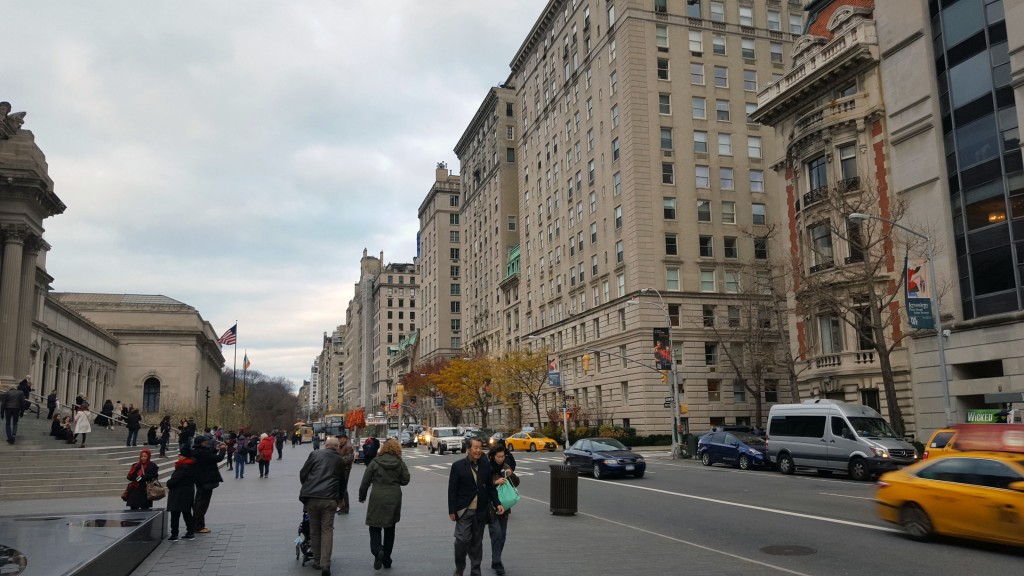 Actually several blocks over a mile, The Museum Mile is the stretch of Fifth Avenue that commences with the Metropolitan Museum of Art and concludes at 110th Street at the northeast corner of Central Park.  Mostly part of the Upper East Side Historic District and serving as the western border of the neighborhood known as Carnegie Hill, The Museum Mile is one of the largest concentrations of museums in the world and the largest such district in the United States after the Smithsonian Institution ensemble lining the National Mall in Washington DC.

Architecturally speaking the district itself is a more-or-less seamless continuation of the Upper East Side on Fifth Avenue, a pleasant mix of Beaux Arts, Art Moderne and Mid-Century apartment buildings, interspersed with surviving Gilded Age mansions as well as the many museums and cultural institutions that give the district its name.