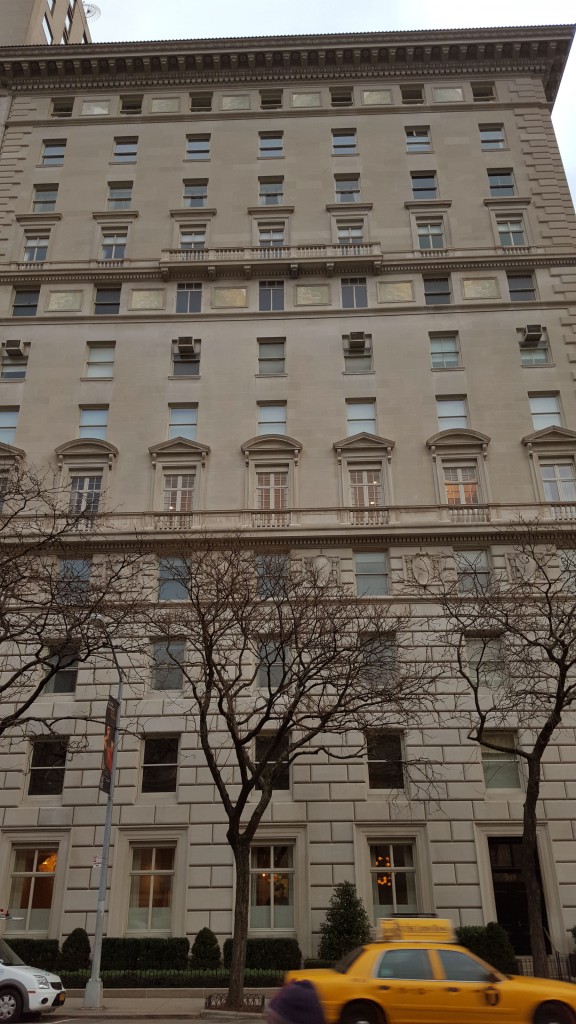 The apartment building that started the shift away from single homes on Fifth Avenue, 998 Fifth Avenue was not the first nor the largest luxury apartment house in New York when it was constructed in 1910-1912 (the far larger Dakota Apartments on Central Park West was completed in 1883) but it was the first to position itself specifically as a domicile for the upper classes as opposed to the merely well-to-do.

A graceful palazzo-style design by McKim, Mead and White, the building’s exterior features beautiful panels of yellow-gold marble and a wrought-iron entrance canopy on East 82nd Street, the latter produced by the Harris H. Uris Ironworks.

The building contains only 15 apartments, all finished in the high-style associated with the firm; they rented out immediately and to some of New York’s most illustrious families.  To this day 998 Fifth Avenue remains one of the most exclusive addresses in the city.

One response to “998 Fifth Avenue”