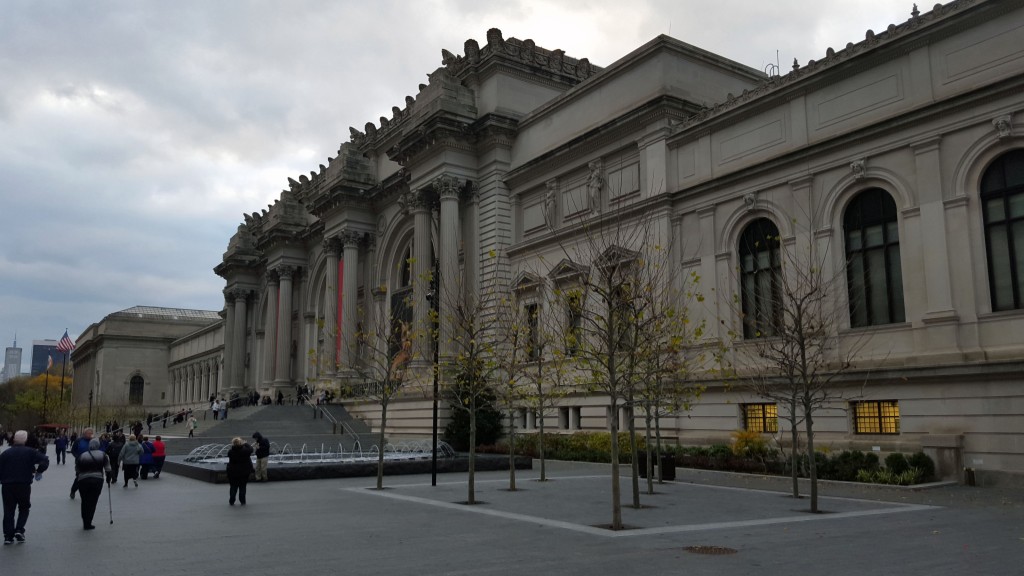 And what a roof!  Starting out as a Victorian Gothic red brick building by Calvert Vaux, co-designer of Central Park, the current structure consists of a central pavilion by Richard Morris Hunt flanked by wings by McKim, Mead & White.  Subsequent wings are the work of Kevin Roche and contain the African, Native American and Ancient Egyptian collections, including the incredible Temple of Dendur, a gift from Egypt and on display at the Metropolitan since 1978.

The building has seen numerous restoration and renovation projects over the years in addition to the installation of numerous period rooms and architectural details that make is a library of world architecture in and of itself.

More than nearly any one place in New York City, it rewards a visit.

Along with the Central Park Armory, the Metropolitan Museum is one of only two buildings on the west side of Fifth Avenue between 59th and 110th Streets.