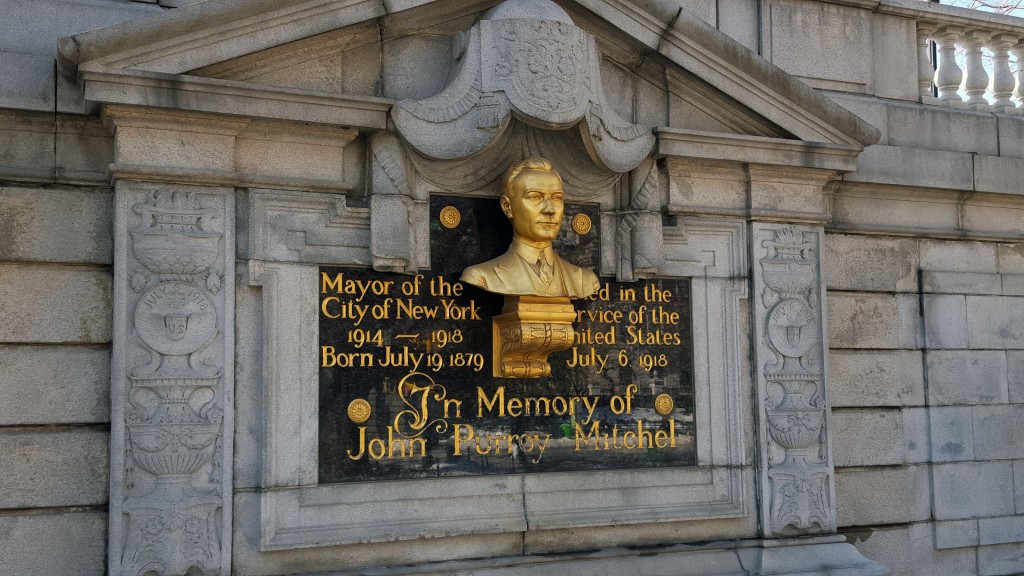 This unusual work honors the memory of John Purroy Mitchel, who, upon taking office in 1914 at the age of 34, was and remains New York City’s youngest elected mayor.  A noted reformer famed for his personal honesty, Mitchel joined the army after failing to win reelection and died in a training mishap: news of his death spurred a series of eulogies throughout the city and the construction of this memorial, which was co-designed by Thomas Hastings of Carrere & Hastings and Don Barber with the bust itself the work of the German-born artist Adolph Alexander Weinman.