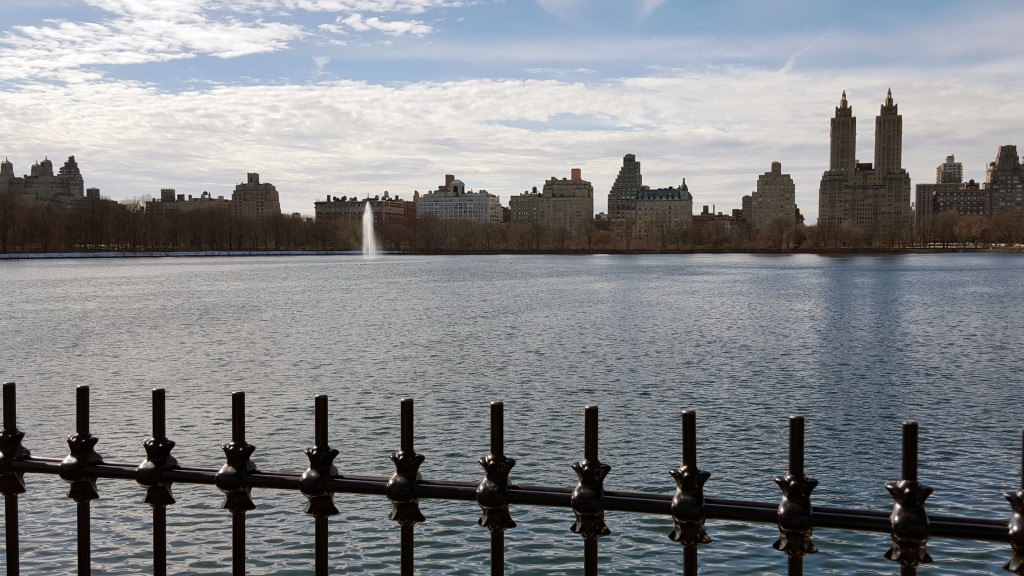 Originally known at the Central Park Reservoir, this now-decommissioned reservoir covers 104 acres and holds over 1 million gallons of water.  Designed in 1858 as part of the original plan of Central Park, the Jacqueline Kennedy Onassis Reservoir still provides water for the Harlem Meer and is a vast natural ecological sanctuary, hosting over 20 types of water fowl.  Ringed with cherry trees and encircled with a famous jogging path, the reservoir was renamed after Mrs. Onassis in 1994 in recognition of her contributions to the city’s Municipal Arts Society and her work with various preservation programs, which included her prevention of the destruction of Grand Central Terminal.

The view is from the upper terrace of the John Purroy Mitchel Memorial, directly adjacent; the twin-towered building visible on the skyline is the famous Art Deco El Dorado on Central Park West.