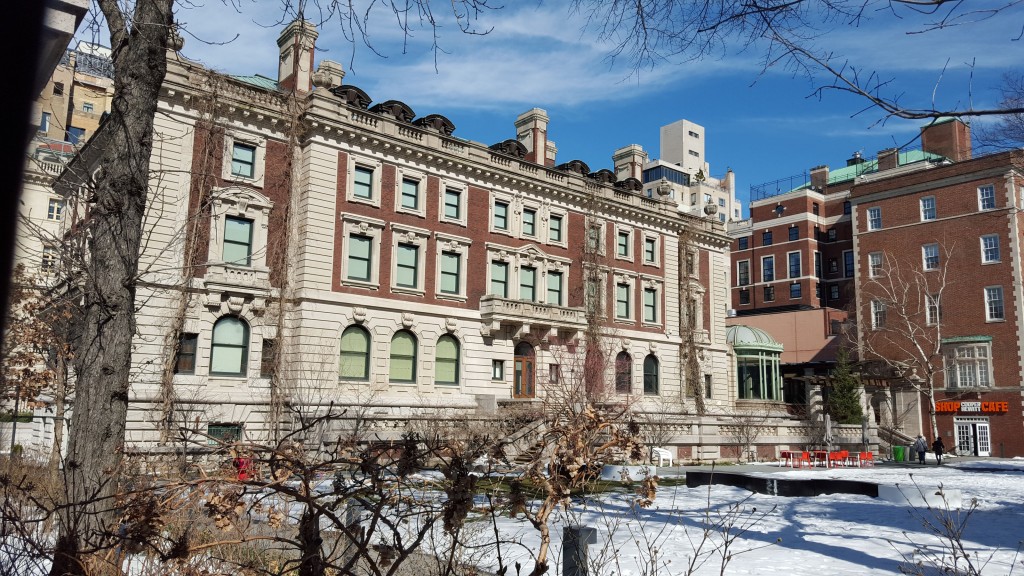 One of the most remarkable survivors on Fifth Avenue, 2 East 91st Street, the Andrew Carnegie Mansion, was designed by Babb, Cook & Willard for Andrew Carnegie, who requested “The most modest, plainest and roomiest house in New York.”  One may assume that Mr. Carnegie was speaking ironically as the house is one of the first to have a steel frame and a private elevator and features by far the largest garden of any city residence of its time.

Babb, Cook & Willard designed a number of highly innovative buildings in New York and elsewhere, including the majestic De Vinne Press Building on Lafayette Street in New York, the ornate New York Life Insurance Building in Montreal, Canada (tallest building in Quebec at the time), and the Atwater House in New Haven, CT, one of the seminal works of the Shingle Style.

Left to the Smithsonian in 1972, the house became the Cooper Hewitt National Design Museum, one of the world’s foremost centers for the study of design.

The museum was recently renovated and redesigned by Polshek & Partners in 2001.