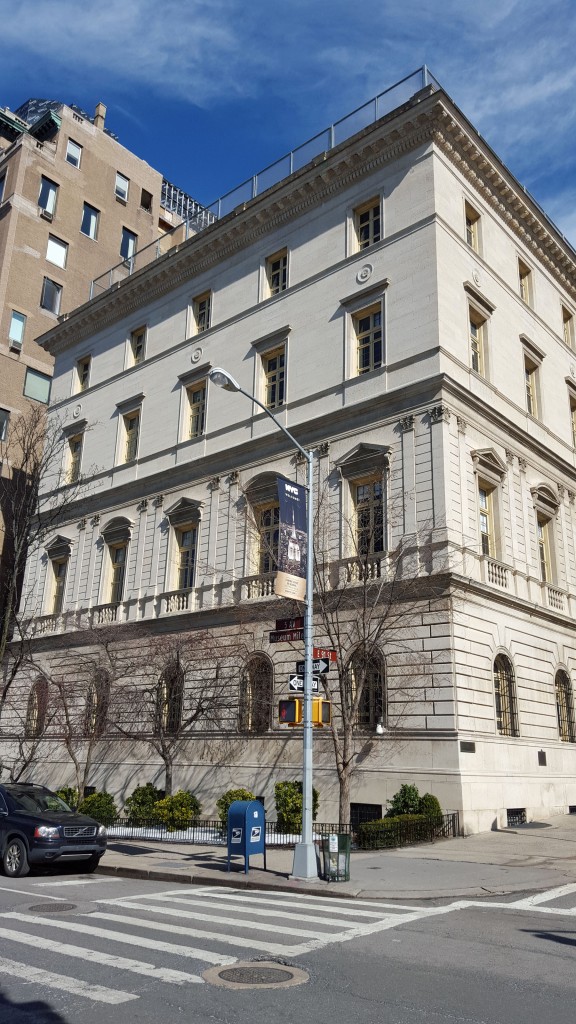 Possibly the best surviving Fifth Avenue mansion, the Otto Kahn Mansion at 1 East 91st Street is certainly one of the largest, containing nearly 80 rooms.  Designed by C.P.H. Gilbert and J. Armstrong Stenhouse, the house has an archeological correctness to it that was unusual for the period.  Constructed over a four year period from 1914 to 1918, the building is modeled in part after the palace of the Papal Chancellery in Rome and contains some of New York’s best domestic interiors.

Kahn was a great patron of the arts with a particular interest in music; he played several instruments and often hosted musicians and composers such as Arturo Toscanini and George Gershwin at his home; his son, Roger Wolff Kahn, became a highly popular jazz musician and orchestra leader.

Kahn’s country home, Oheka Castle, is the largest private home in New York State and one of the largest ever constructed in the country.  A French chateau designed by Delano & Aldrich, it has been restored and reopened as a luxury hotel and conference center.

Since Kahn’s death in 1934, 1 East 91st Street has been the location of the Convent of the Sacred Heart, an all-girls private Catholic school.

The house was declared a New York City landmark in 1974.