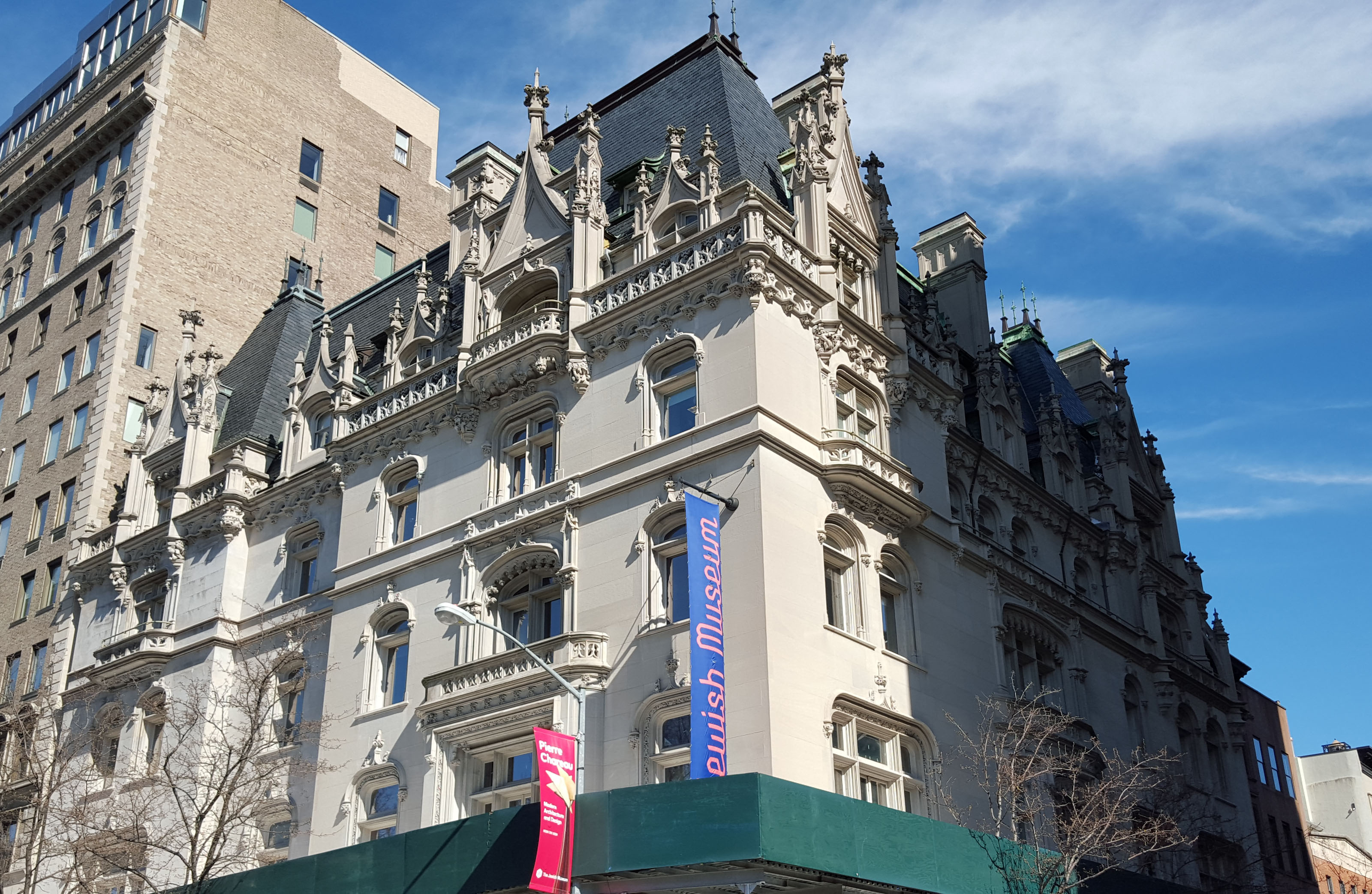 The oldest still extant Jewish museum, the first one established in the Unites States and the largest collection of art by Jewish artists and artifacts pertaining to Jewish culture outside of Israel, the Jewish Museum is housed in the magnificent Warburg Mansion, another Chateauesque tour-de-force from C.P.H. Gilbert, whose Ukrainian Institute is houses in a… Continue reading 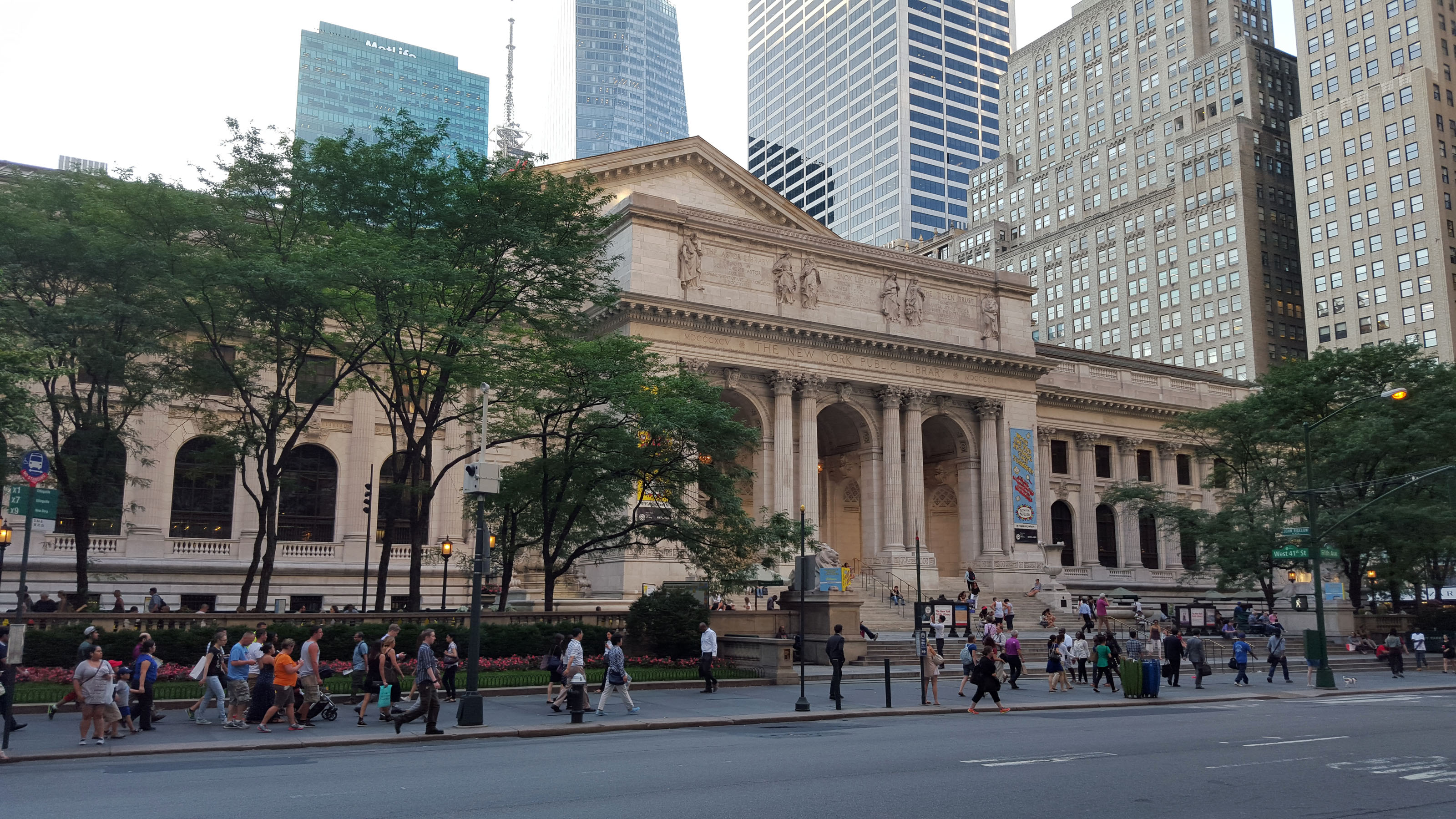 A major work of the American Beaux Arts and the largest marble building in the US at the time of its completion, the Main Branch of the New York Public Library was built in 1898 through 1911 to designs by Carrere & Hastings, with the sculptor Frederick MacMonnies overseeing the sculptural program.  The imposing façade,… Continue reading

233 Fifth Avenue, The Museum of Sex 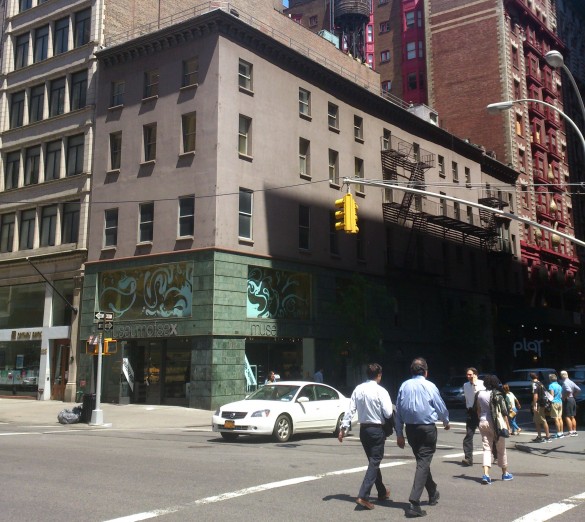 A tatty and nearly unrecognizable survivor from the brownstone era, 233 Fifth Avenue now houses New York’s Museum of Sex.  The museum had planned to demolish the building and replace it with a new electronically-lit façade that would “blush” different shades of pink.  The extension of the final boundaries of the Madison Square North Historic District… Continue reading

Faces on Fifth: Kevin W. Burns at the Forbes Galleries 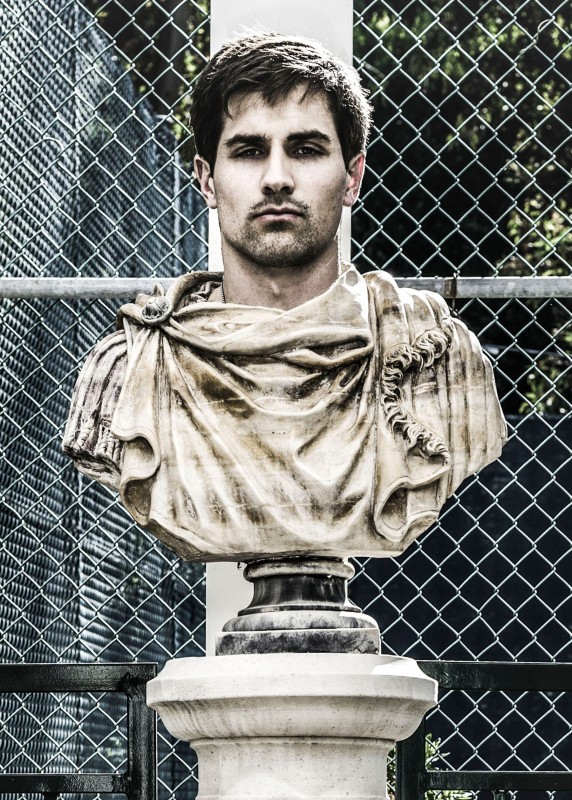 Currently on display at the stately Forbes Galleries, artist and engineer Kevin W. Burns’ show Fool of Myself is a sly and snappy surprise. A series of color and black-and-white photographs, the folio (Or, as Burns terms it, Foolio) is a satiric yet jaunty look at the idea of creator-as-genius. Currently a mechanical engineering student… Continue reading 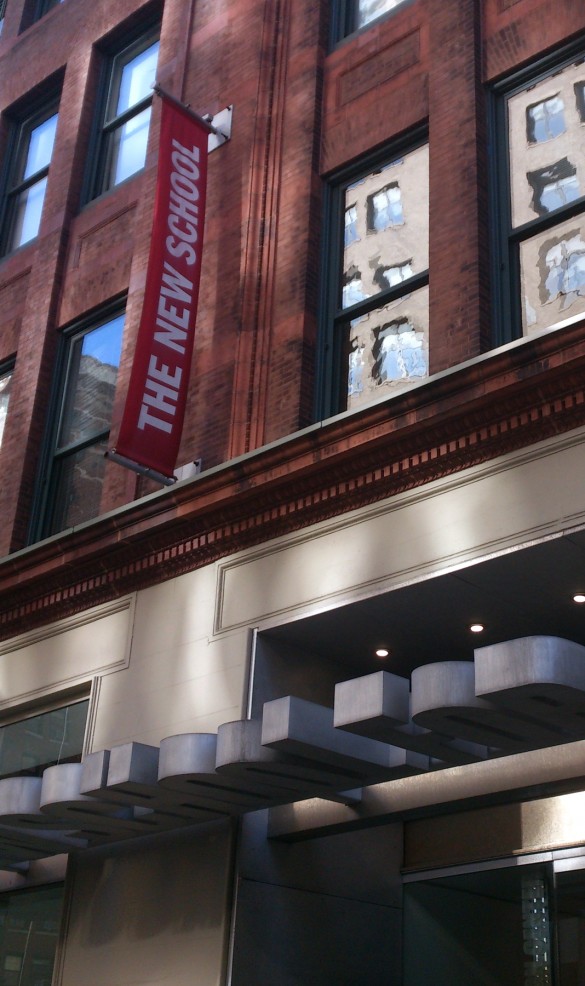 Now part of the Sheila C. Johnson Design Center, the original building at 66 Fifth Avenue has been attributed to theater architect Thomas W. Lamb, who also designed the apartment house at 51 Fifth; if it was not a retrofitting of an older building, 66 Fifth was a highly unusual exterior design for Lamb, more… Continue reading