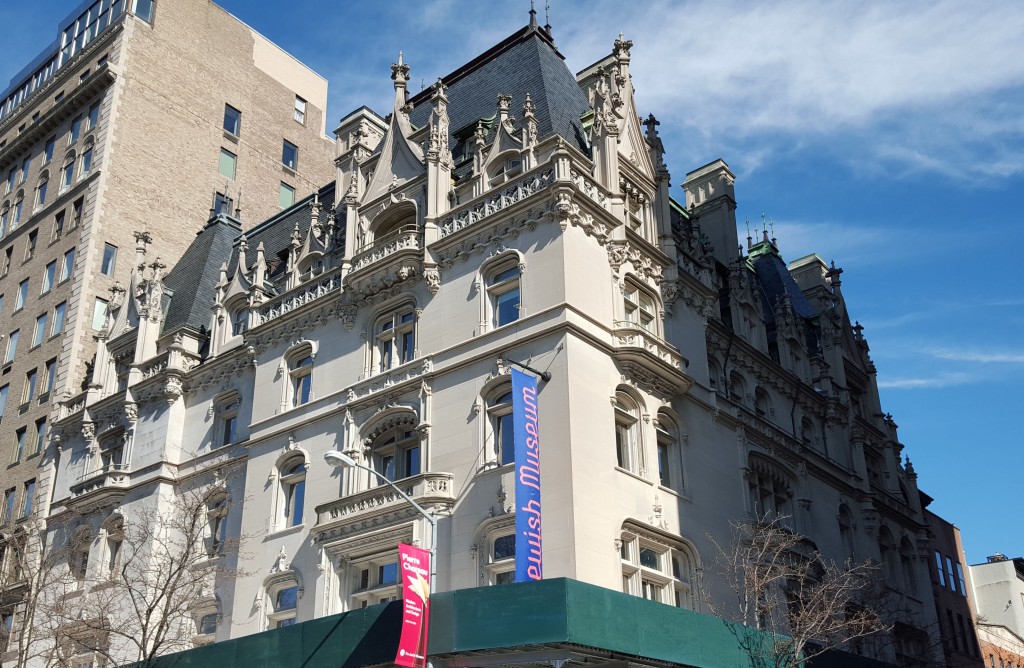 The oldest still extant Jewish museum, the first one established in the Unites States and the largest collection of art by Jewish artists and artifacts pertaining to Jewish culture outside of Israel, the Jewish Museum is housed in the magnificent Warburg Mansion, another Chateauesque tour-de-force from C.P.H. Gilbert, whose Ukrainian Institute is houses in a smaller building of similar style at 2 East 79th Street to the south.

Containing over 26,000 objects in its permanent collection, the Jewish Museum mounts both historic and contemporary shows and has been credited in part with the launch of the Minimalist movement in the 1960s.  Its holding include works by Modigliani, Soutine, Chagall, Warhol, James Tissot and Eva Hesse.

The building itself originally covered only half its current footprint; the northern façade is actually a seamless 1993 addition by the architect Kevin Roche, perhaps best known for his also landmarked masterpiece of High Modernism, the Ford Foundation on East 42nd Street.  The decision to preserve the original style, including limestone carvings and Gothic details, makes the expansion perhaps the single most successful Contextualist structure in the city.