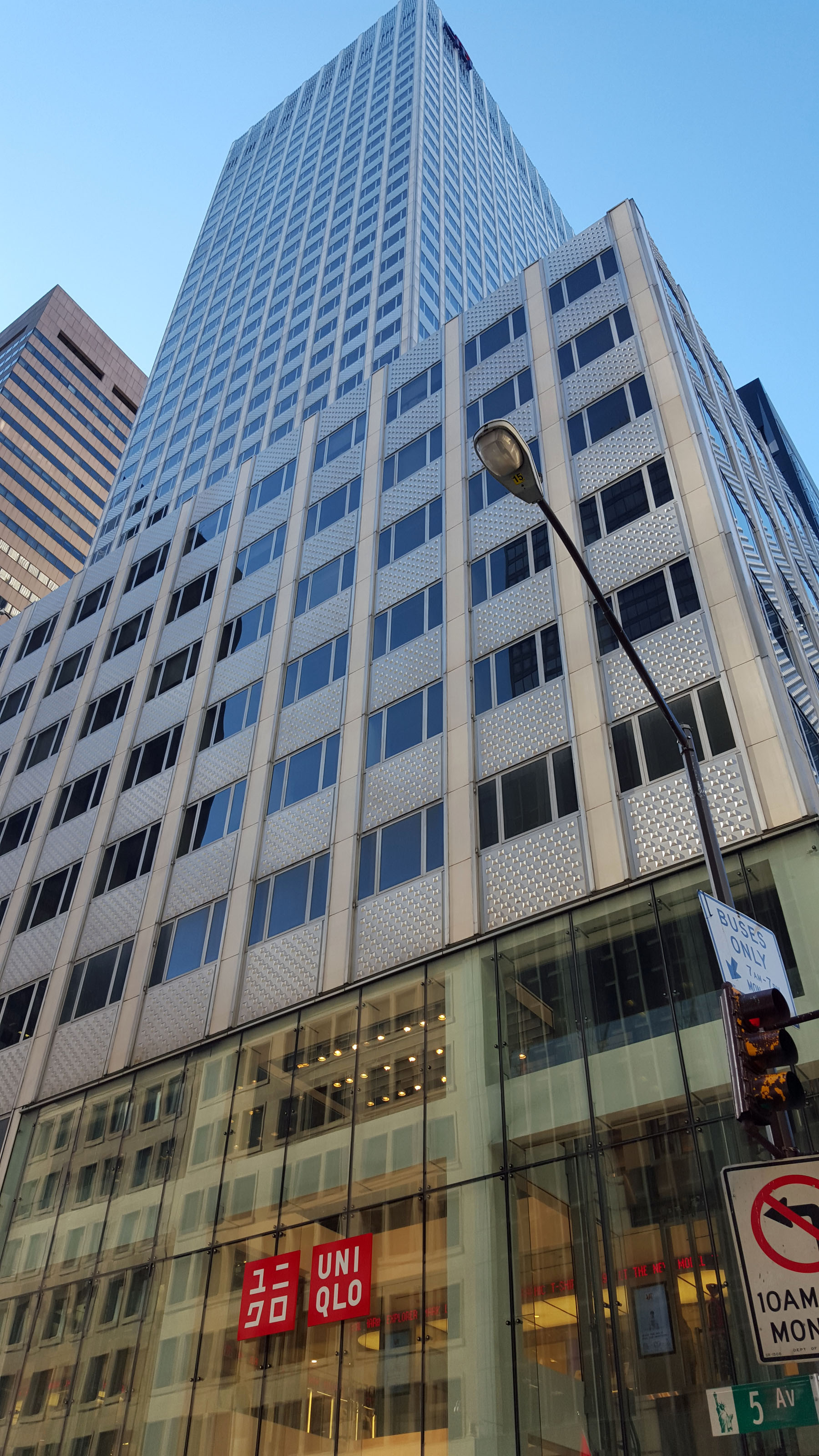 An aluminum panel-clad monolith completed in 1957 to designs by Carson & Lundin, 666 Fifth Avenue’s address once blazed devilishly from the upper stories in the form of a gigantic neon sign.  Interior treatments of the unique open-ended T-shaped lobby included an interior wwaterfall by artist Isamu Noguchi, while the celebrated “Top of the Sixes”… Continue reading 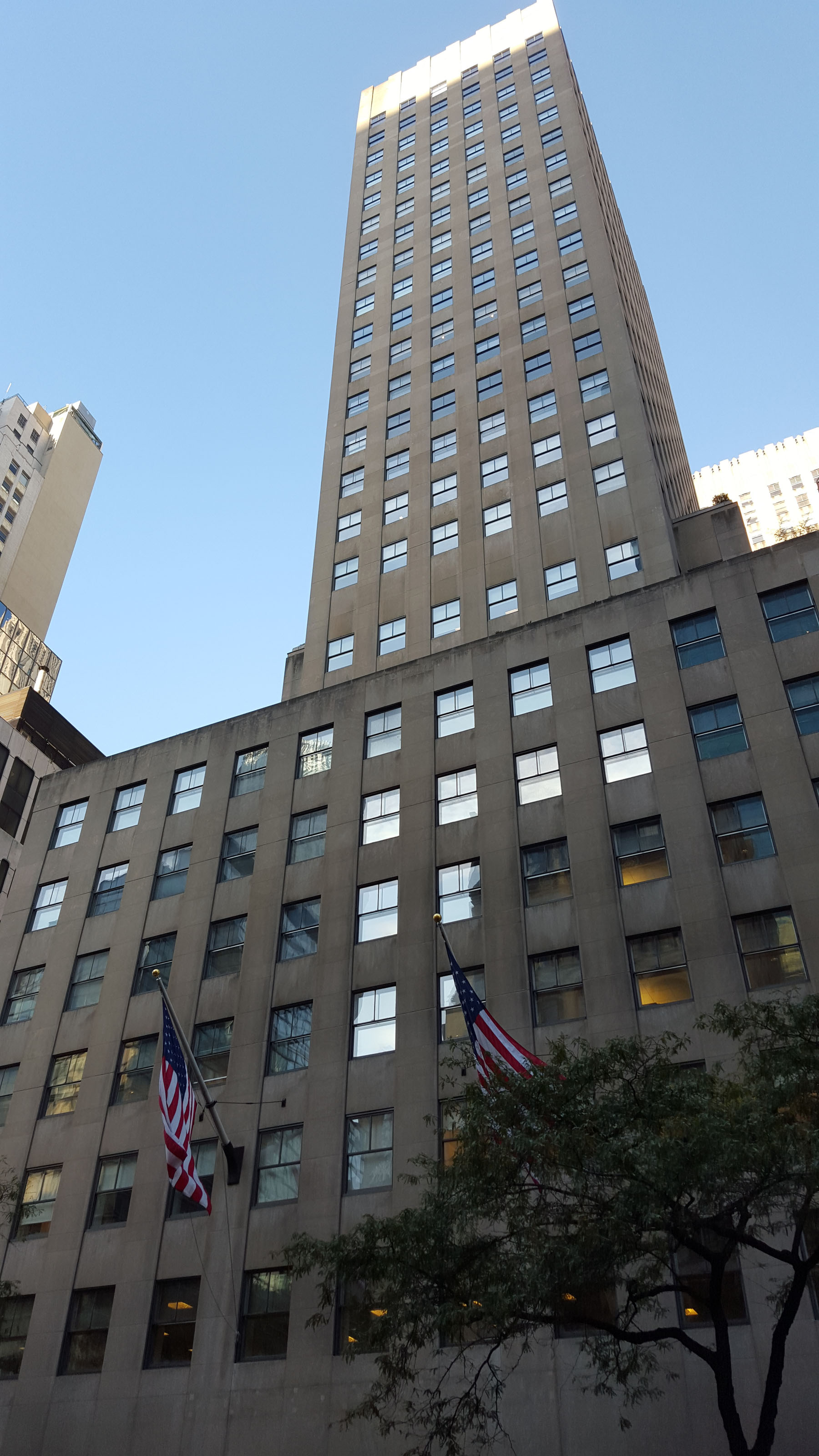 600 Fifth Avenue is a late example of Rockefeller Center Moderne, a style which maybe said to spread throughout the Midtown corridor by architectural osmosis. Designed in 1949 for the Massachusetts Mutual Life Insurance Company by architects Carson & Lundin, who had worked on some of the Center’s later additions, the structure was later acquired… Continue reading