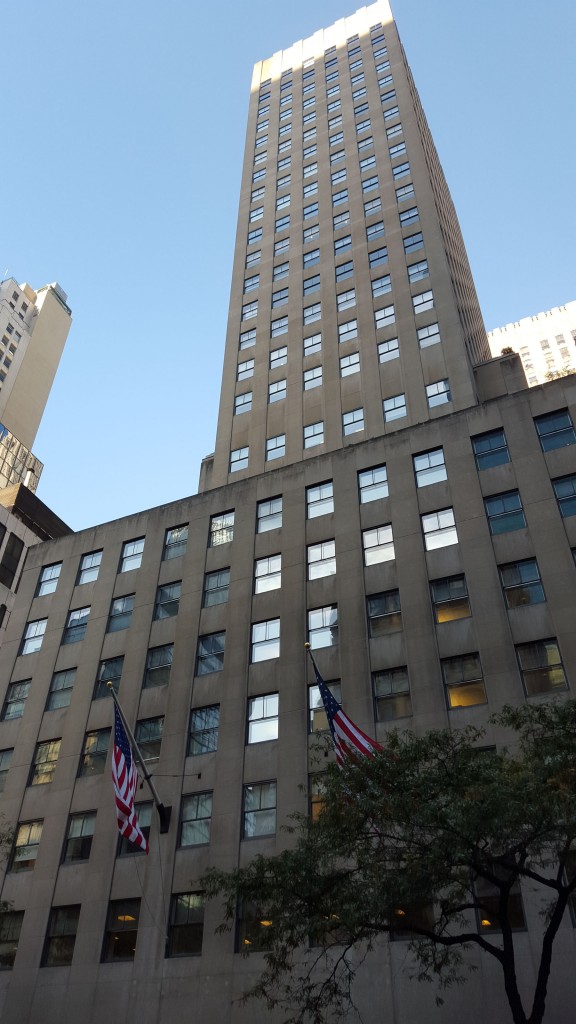 600 Fifth Avenue is a late example of Rockefeller Center Moderne, a style which maybe said to spread throughout the Midtown corridor by architectural osmosis.

Designed in 1949 for the Massachusetts Mutual Life Insurance Company by architects Carson & Lundin, who had worked on some of the Center’s later additions, the structure was later acquired by the complex and is, along with the rest of Rockefeller Center, a city landmark.