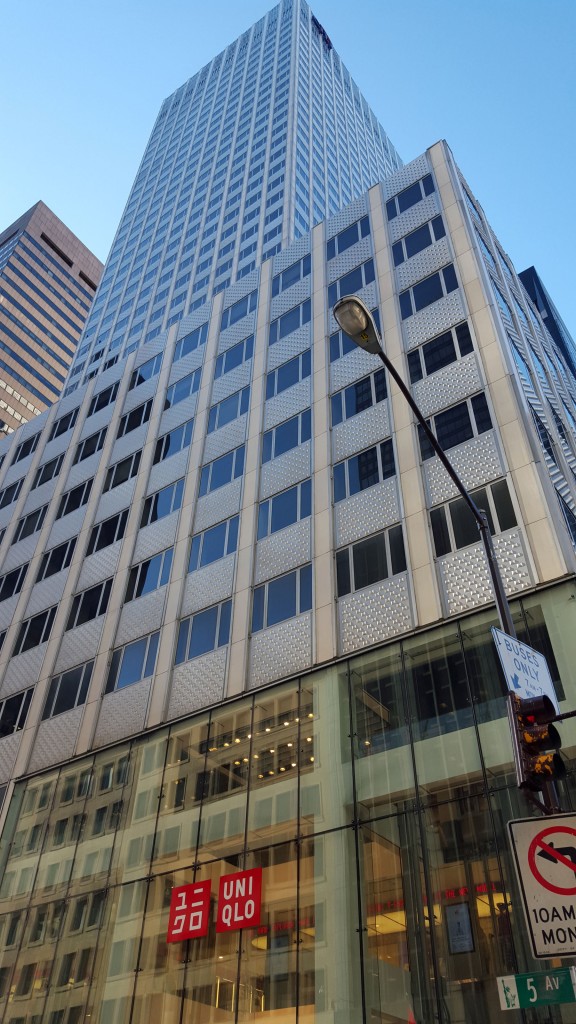 An aluminum panel-clad monolith completed in 1957 to designs by Carson & Lundin, 666 Fifth Avenue’s address once blazed devilishly from the upper stories in the form of a gigantic neon sign.  Interior treatments of the unique open-ended T-shaped lobby included an interior wwaterfall by artist Isamu Noguchi, while the celebrated “Top of the Sixes” provided cocktails and views for tenants and visitors. Essayist and critic Susan Sontag dubbed the building kitsch, but 666 Fifth Avenue had true mid-century panache.

Later owners and tenants have compromised the building’s details, closed off the T-shaped lobby, shut down “Top of the Sixes” and removed the famed 666 sign, leaving the 666 Fifth Avenue with the street-level presence of a tin can.