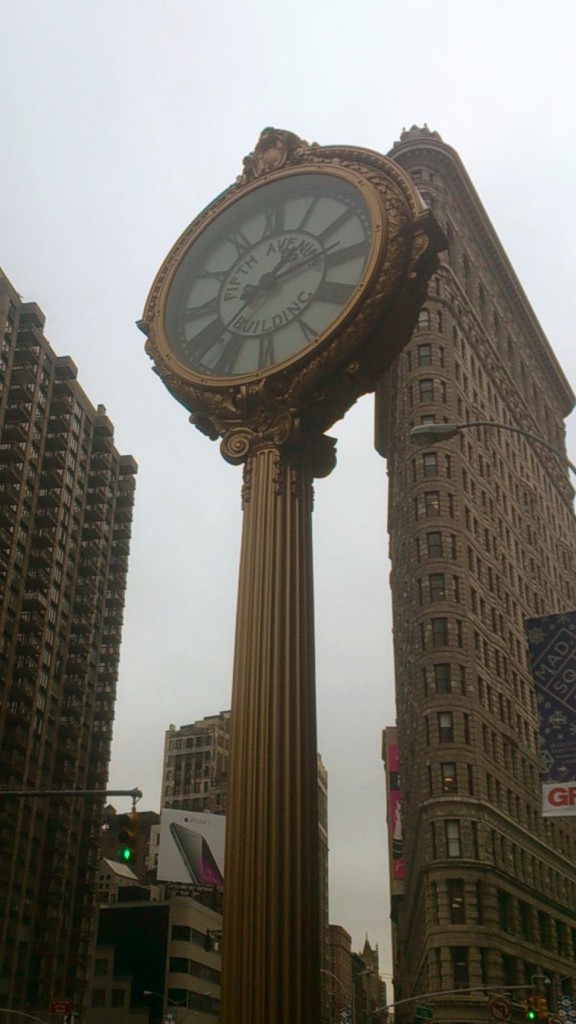 As a fitting entry for the countdown to New Year’s Eve, we present Fifth Avenue’s southernmost sidewalk clock, one of New York’s most elaborate!

Sharing an address with 200 Fifth Avenue, the clock was designed by Hecla Ironworks and features an example of the Scammozi capital, a variant of the Doric order; it was installed in 1909 when the building at 200 Fifth Avenue was completed, replacing the Fifth Avenue Hotel’s sidewalk clock.

It is photographed here from the north; the Flatiron Building is located behind it, diagonally across the intersection of Broadway, Fifth Avenue and 23rd Street.