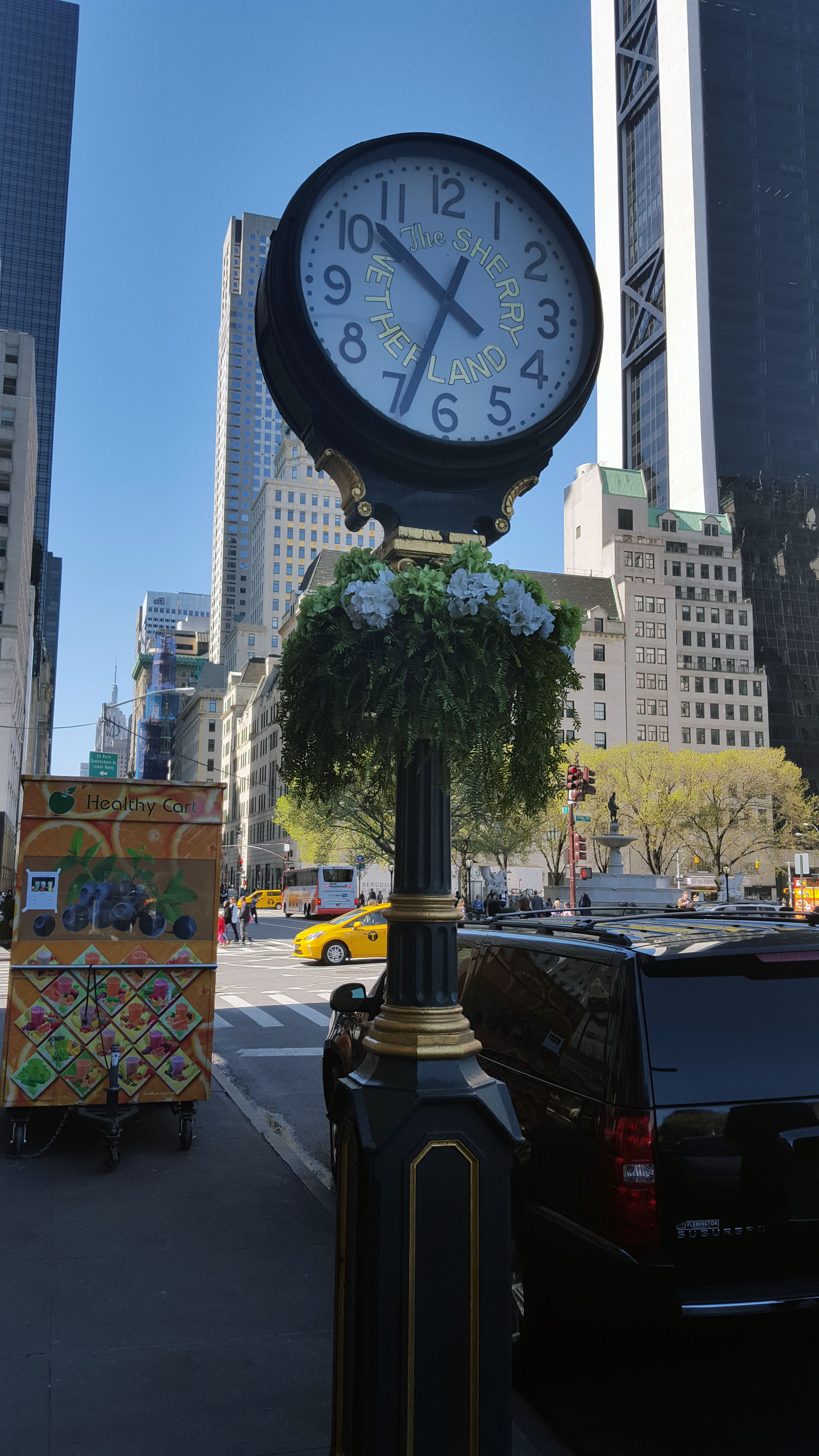 The ornate cast iron sidewalk clock at 781 Fifth Avenue was manufactured by the E. Howard Clock Company; it was presumably installed in 1927 when the Sherry Netherland Hotel was built, although its design suggests the whimsicality of the 19th Century.  The flower-basket is a particularly pleasant touch. This is the northernmost of Fifth Avenue’s… Continue reading

This 1907 Seth Thomas Sidewalk Clock, 522 Fifth Avenue, encased in a design by the great Grovesnor Atterbury, provides a handsomely business-like counterpoint to its more lavishly detailed sibling at 200 Fifth Avenue.  It is owned by the Morgan Guaranty Trust Company, the famed banking institution, who moved it from its former location when the… Continue reading 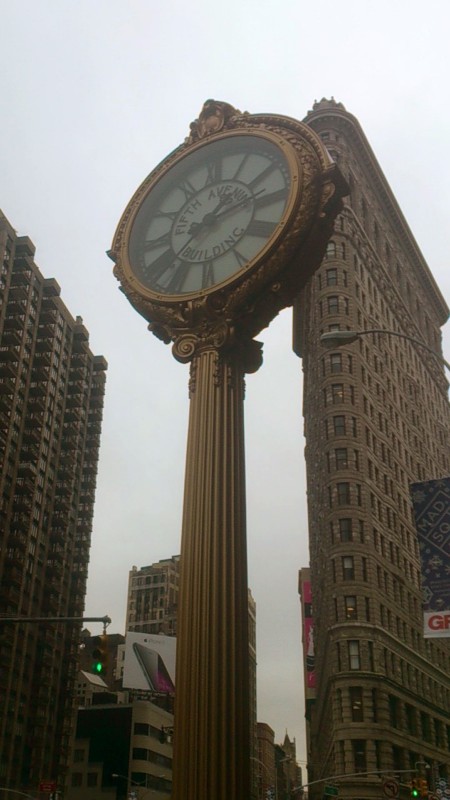 As a fitting entry for the countdown to New Year’s Eve, we present Fifth Avenue’s southernmost sidewalk clock, one of New York’s most elaborate! Sharing an address with 200 Fifth Avenue, the clock was designed by Hecla Ironworks and features an example of the Scammozi capital, a variant of the Doric order; it was installed… Continue reading