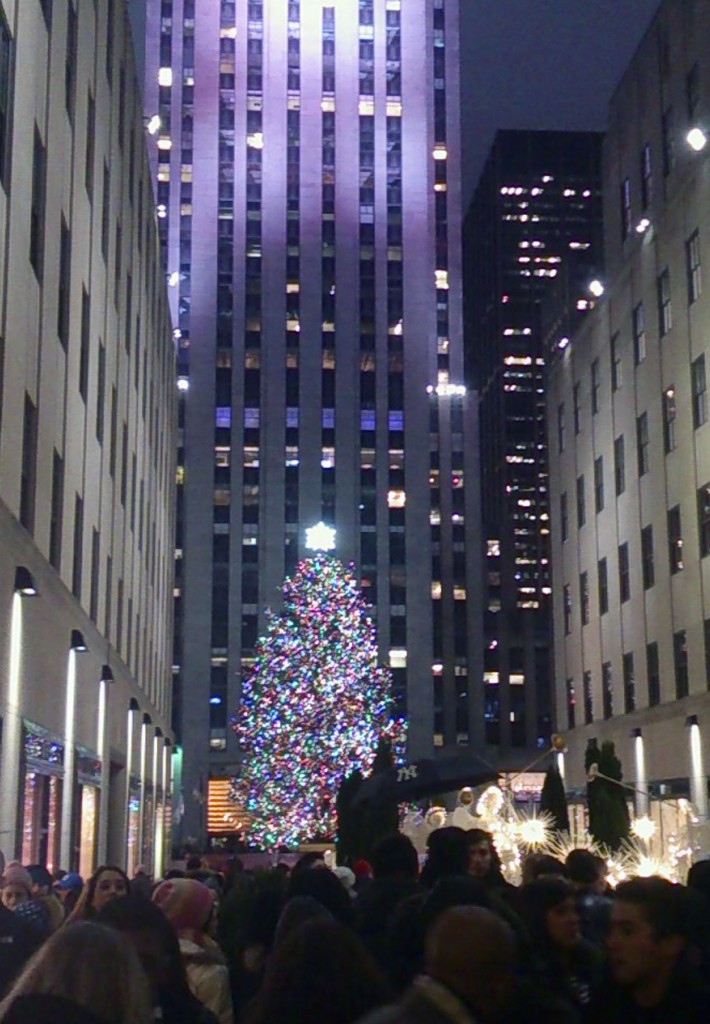 While we’re definitely skipping north a few blocks, the Rockefeller Center Christmas Tree is a treasured feature of Fifth Avenue’s holiday season.  Located in front of Rockefeller Center’s RCA Building and visible from Fifth Avenue (at the foot of Channel Gardens, where this picture was taken), the tree has been an official installation since 1933, the year the complex opened to the public (a much smaller 1931 tree, erected by construction workers, featured paper garlands and ornaments made of the foil off blasting caps).

The trees are Norway Spruces and average from 65’ to 100’ in height.  They are illuminated early in December and stay up until January 6th, the Feast of The Epiphany.  In 2007 the tree switched to LED lights, over 45,000 of which are joined by a 9.5’ star designed by the German artist Michael Hammers.

The tree is recycled once it is dismantled: wood from the trees have recently been used as lumber for the Habitat for Humanity program.

Happy Holidays to all from Landmark Branding LLC!