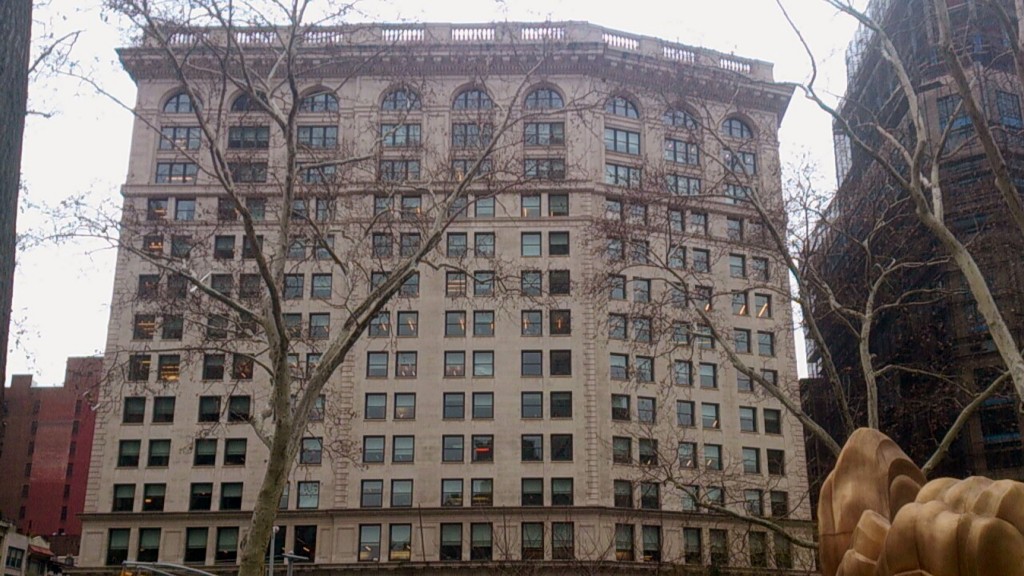 A masterwork of the firm of Maynicke & Franke, 200 Fifth Avenue replaced the palatial Fifth Avenue Hotel, a legendary establishment that was one of the world’s first luxury hotels, boasting bathrooms in every suite and New York’s first hotel passenger elevator, Otis Tufts’ not-very-appealing-sounding “vertical screw railway”.

The current building was much praised at its opening for its numerous modern amenities, including a central court with skylights of prismatic glass intended to provide all offices with natural light and fresh air.  The restrained marble façade suggests the appearance of the prior hotel, while the unusual T-shaped lobby may have been the first such plan in the city.

In later years the building housed the Toy Center and new tenants were restricted to toy companies; in 1968, the Center expanded northward into 1107 Broadway and was connected to that building by a skybridge.  Recently renovated, 200 Fifth Avenue now houses the renowned market Eatily and has won praise for its combination of sensitive restoration and up-to-date technology.  The skybridge is in the process of being removed as 1107 Broadway (now under separate ownership) completes its transition into luxury condominiums.

Technically in NoMad, 200 Fifth Avenue is the northernmost building of the Ladies’ Mile Historic District.