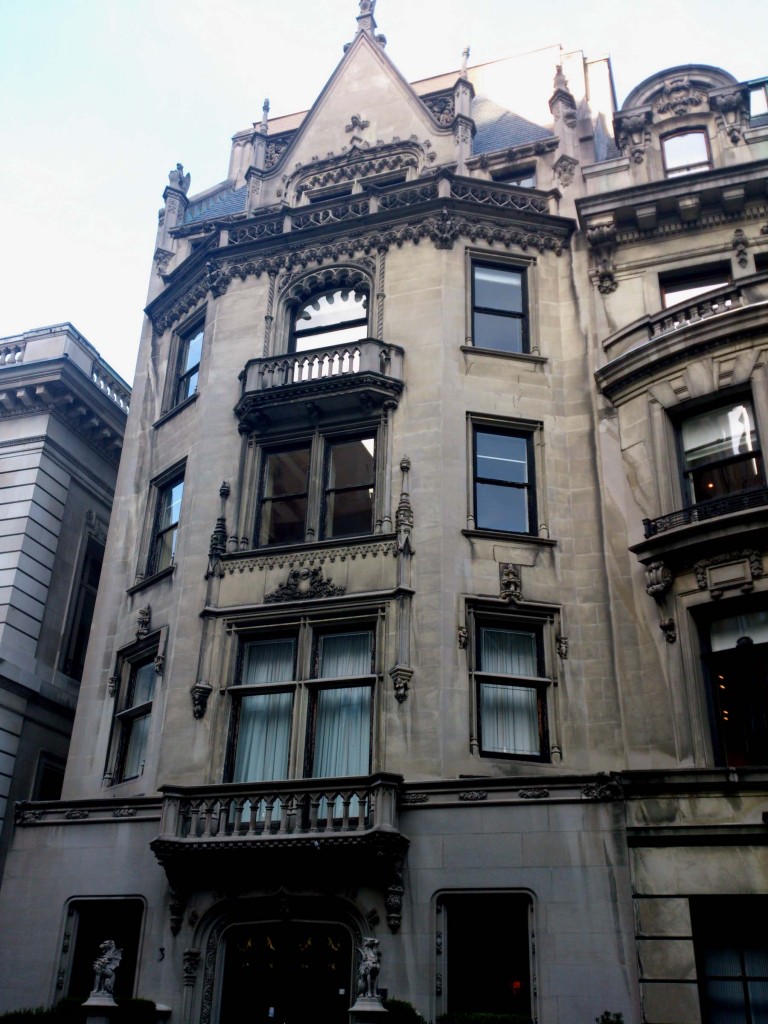 The first building to join the original Cook Mansion on its block, the Cogswell Mansion at 3 East 78th Street was designed by C.P.H. Gilbert, whose Fletcher-Sinclair Mansion stands nearby at Fifth Avenue and East 79th Street.  One of the city’s great Chateauesque style houses, it was constructed in 1889 for Edmund Converse Cogswell who later sold it to Henry Huttleston Rogers, Director of the Standard Oil Company.  A friend of Mark Twain’s, the progressive-minded Rogers was also an admirer of Helen Keller and helped pay for her education.

The griffin-like monsters perched on posts at the entryway are unique.