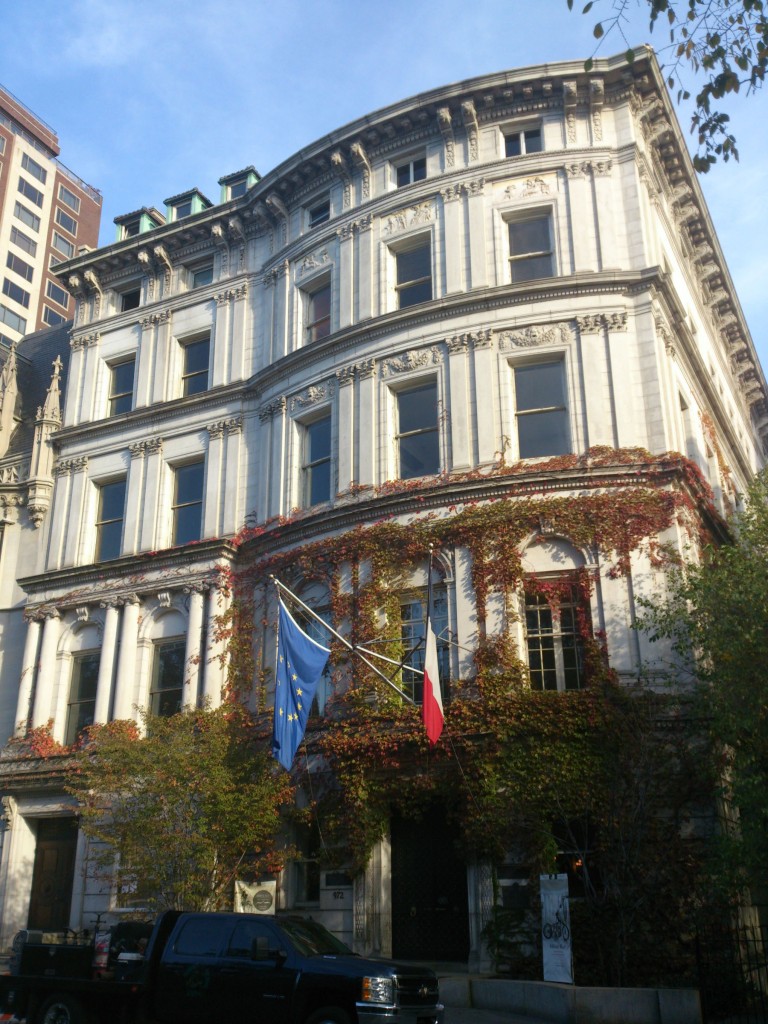 The last remaining and arguably the best townhouse design on Fifth Avenue by McKim, Mead & White, the Payne Whitney House at 972 Fifth Avenue was designed by Stanford White as a wedding gift from Colonel Oliver H. Payne for his nephew Payne Whitney as a wedding gift.  Built in 1902-1906 on the garden plot of the original Cook Mansion, the house incorporates a unique bow front and was, along with the Duke Mansion, one of the last residential projects on the Cook Block.

Home to the offices of the French Cultural Attaché since 1952, the house contains an exquisite Venetian style reception room that was so loved by Mrs. Whitney that she took it with her upon moving from the house and made provisions for its preservation after her death.  The room was returned to its original site in 1997 – possibly a unique occurrence in New York.

In addition to the various cultural programs hosted by the French Cultural Attaché, the mansion houses Albertine, one of the city’s best French-language bookstores.

A statue in the entryway may be the work of Michelangelo; if so, it is the only such work in the US by the artist.