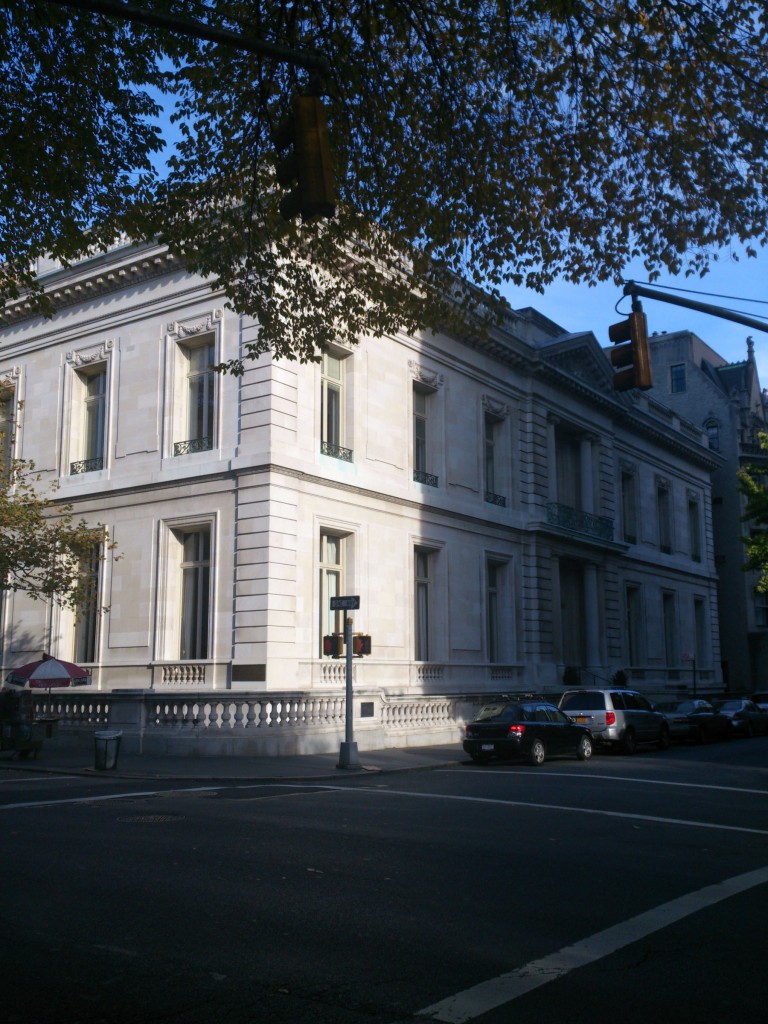 The Duke Mansion at 1 East 78th Street replaced the gloomy chateau of Henry Cook, the original developer of the block between East 78th and East 79th Streets on Fifth Avenue.  Designed for the tobacco baron James B. Duke, the house is one of the masterpieces of Philadelphia architect Horace Trumbauer, who was also the guiding architect for the original campus of Duke University, another family project.   Based on the Chateau Labottiere in Bordeaux, the house is unusual in being a fully freestanding structure and is one of the most restrained and elegant houses of its period.

Donated to New York University in 1958, it is now the home of NYU’s celebrated Institute of Fine Arts, the graduate school of art history.  The interiors were restored and renovated for NYU in 1959 by the firm of Venturi and Rausch, a leading proponent of Postmodernism.