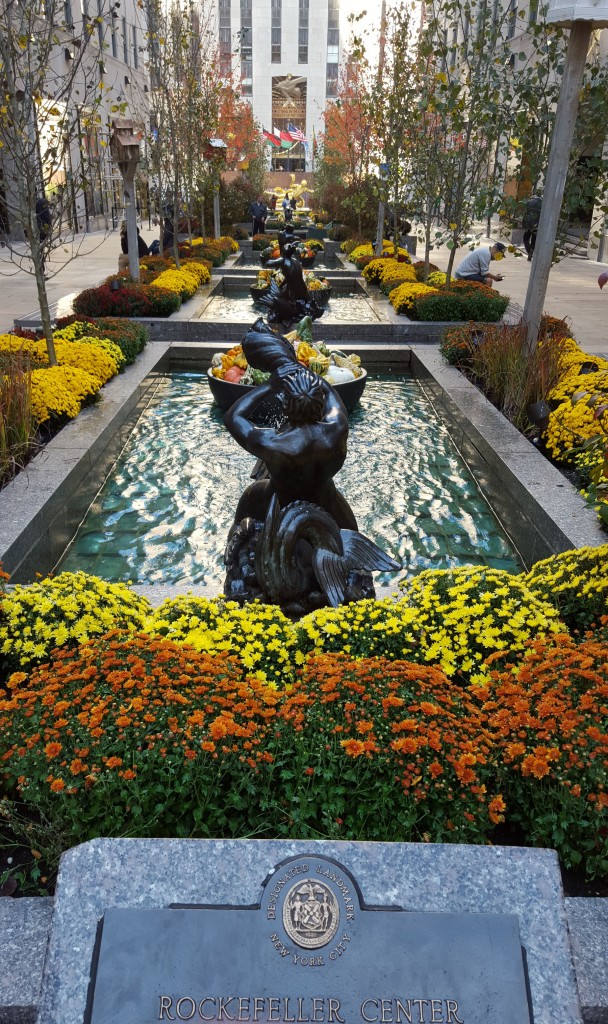 Located between La Masion Francaise and The British Empire Building, the ironically named Channel Gardens are one of New York’s best small Privately Owned Public Spaces (or POPS).  Consisting of a 200-ft promenade that terminates with the sunken Lower Plaza before 30 Rockefeller Plaza, Channel Gardens are themselves bisected by a cascade of six pools featuring fish-striding tritons and nereids designed by Rene Paul Chamberlain.

Channel gardens features seasonal displays of flowers and a spectacular array of Christmas angles during the winter holidays.  It is shown here in Autumn: the picture was taken from the midway point between Fifth Avenue and the Lower Plaza, looking up towards Saks Fifth Avenue.