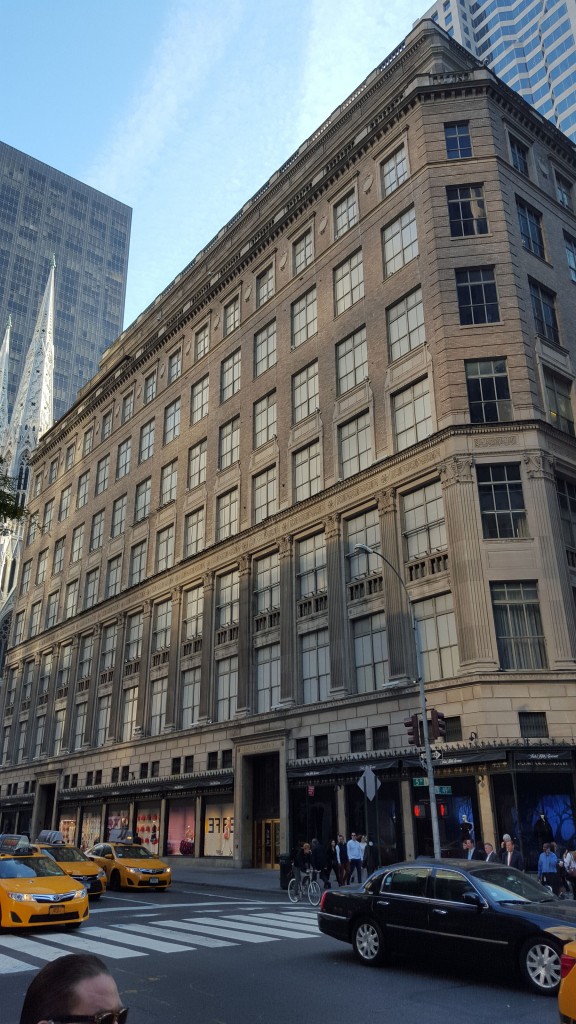 A sophisticated essay in understatement by Starrett & van Vleck, Saks Fifth Avenue is one of the city’s most famous department stores and the one, for obvious reasons, most closely identified with the avenue itself.  Founded in 1867 by Andrew Saks as Saks & Co., it was later merged with Gimbel Brothers and relaunched in 1924 at the present location under the present name.

Stylish, well-proportioned and built of warm golden brick, Starrett & van Vleck’s design for Saks at 611 Fifth Avenue is one of their best, rivaled in the city chiefly by the firm’s building for Lord & Taylor and Trowbridge & Livingston’s design for B. Altman.  It provides a dignified terminus for the view up Channel Gardens, directly across the street.