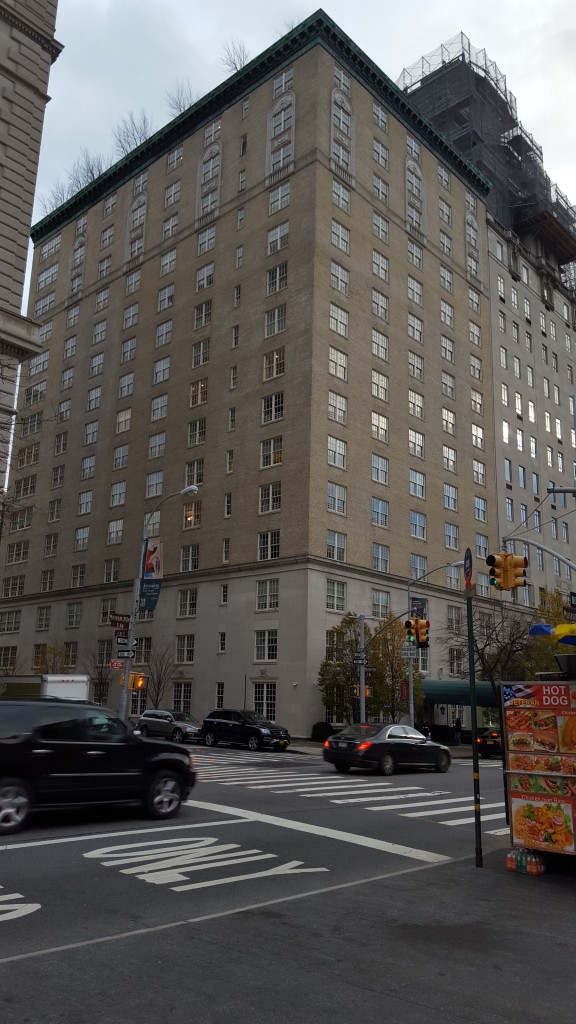 Constructed in 1926 as the Stanhope Hotel to designs by Rosario Candela, 995 Fifth Avenue was the only hotel on Fifth Avenue north of the Pierre at 62nd Street.  Its location directly across from the Metropolitan Museum of Art made it a popular place for lunch among the city’s museum-goers and its cabaret performances were legendary.  The most eccentric feature, a Hawaiian-themed ground-floor bar adorned with a 1950s mural depicting oddly Elvis-like “native” surfers, was a kitschy delight (if never quite to the scale of the also-vanished Trader Vics at the Plaza).

The building was converted to co-op apartments by new owners in 2005 and its cheery awnings and tables replaced with attractive, if slightly fussy plantings.