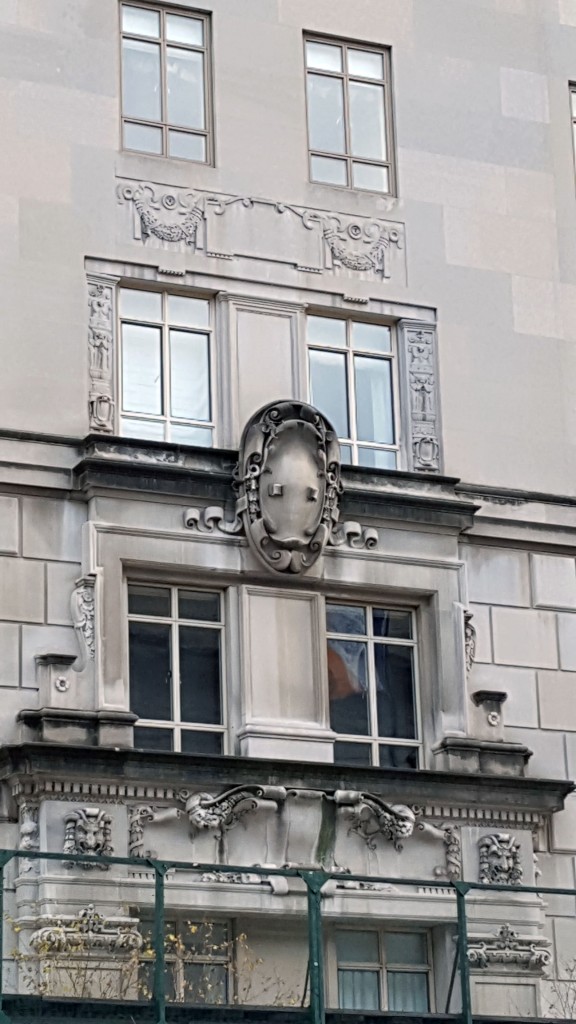 Emery Roth never quite worked up the courage to unleash on Fifth Avenue the fantasies he created on Central Park West, but his 1935 design for 993 Fifth Avenue comes close, with superb Spanish Baroque detailing, a sumptuously paneled lobby and five setbacks that rise to a distinctive red-tiled crown (which stands out particularly when seen from Central Park or the Metropolitan Museum’s roof garden).

The photograph shows details from the impressive entryway; the roofline is currently undergoing restoration.