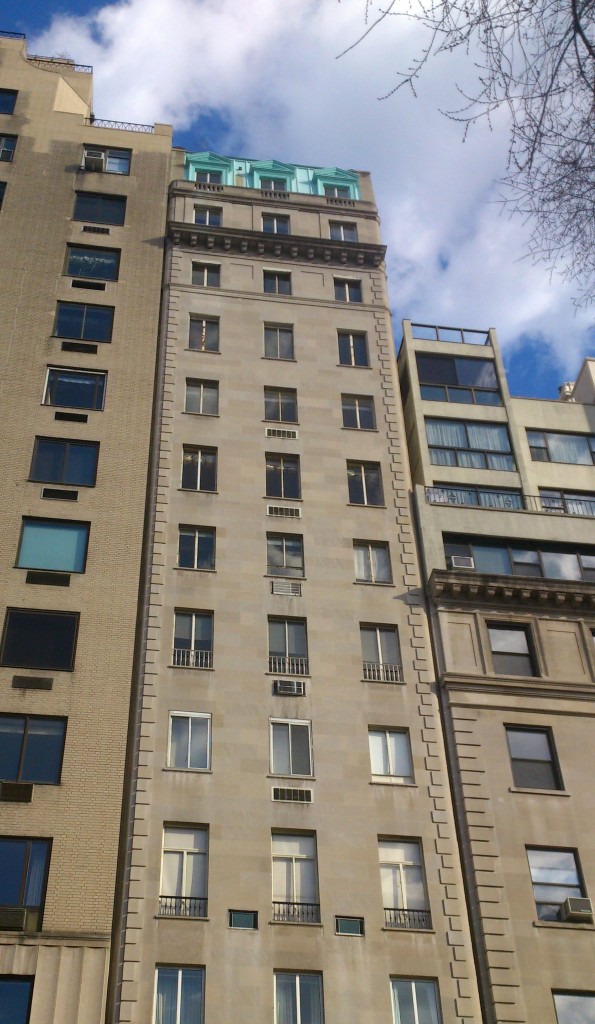 Another “stretched” townhouse in appearance, 953 Fifth Avenue is a Beaux Arts sliver containing only half a dozen apartments and was designed by Isaac Newton Phelps Stokes, who also maintained a duplex here for himself and his wife.

A society architect who also wrote the six-volume history The Iconography of Manhattan, Stokes was one of eight siblings, all of whom were noted figures in New York culture. A pioneer in housing reform, Stokes co-authored the 1901 New York Tenement House Law, which prevented the construction of unsafe and unventilated buildings in the city’s impoverished districts; he also designed a number of buildings for non-profit organizations dedicated to providing immigrants with educational, housing and other resources.  Among his architectural colleagues were Robert Robinson Taylor, the first accredited African-American architect, and John Mead Howells, later co-designer of the Chicago Tribune Tower.  Stokes’ own architectural works include St. Paul’s Chapel at Columbia University, referred to as “The best of all Columbia’s buildings” by the AIA Guide to New York City.

Despite his distinguished career, Stokes may be best recognized as the male figure in the John Singer Sargent painting Mr. & Mrs. I.N. Phelps Stokes, one of the best-known such works by the artist. Depicting Mr. Stokes with his wife, Edith, it set the standard for elegant American portraiture.