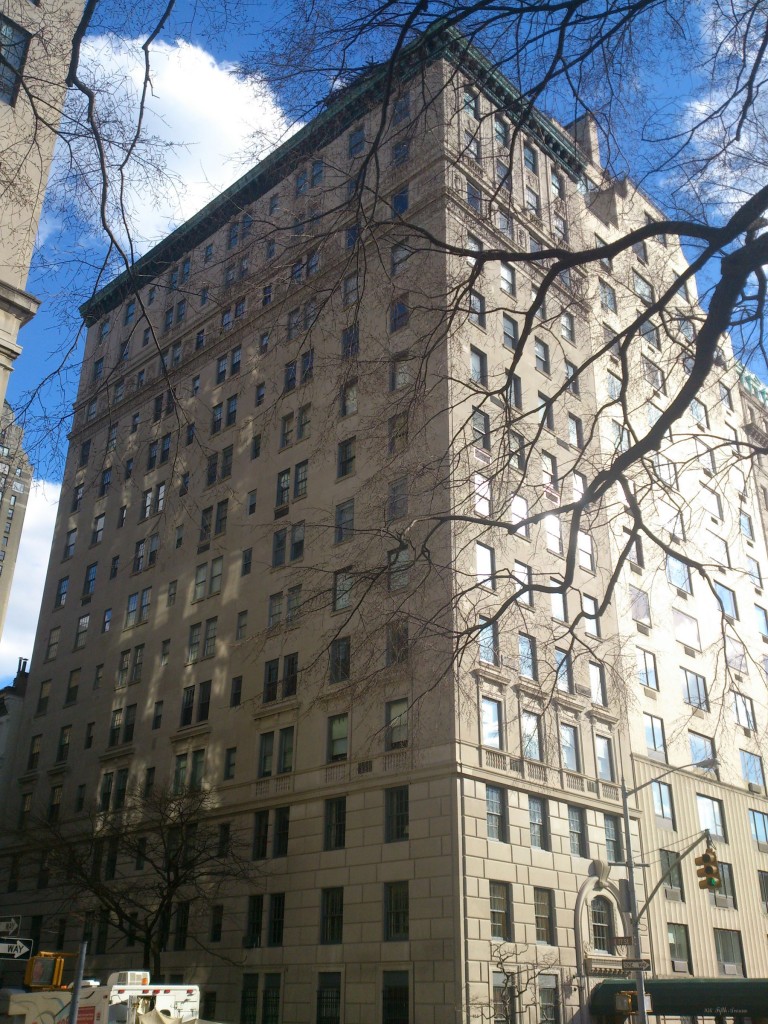 First completed in 1926 to designs by I.N. Phelps Stokes, whose own residence was at 953 Fifth Avenue, midway down the block, 956 Fifth Avenue was transformed into a 15-story high-rise after the zoning laws for this section of Fifth Avenue were successfully overturned to allow taller apartment buildings.

The addition was managed by architect Louis Korn, whose 944 Fifth Avenue is also nearby, and includes a handsome arched entrance and an unusual “birdcage” enclosure for the water tower.