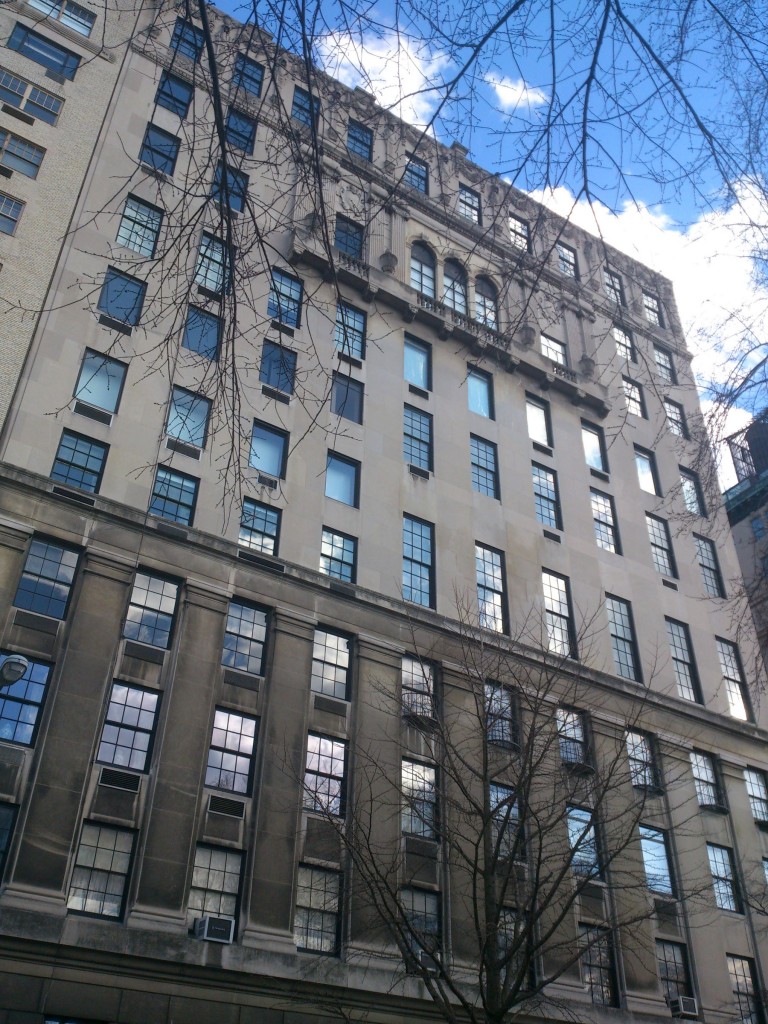 A handsome edifice co-designed by Warren & Wetmore and Rosario Candela, 960 Fifth Avenue was completed in 1927 and replaced the infamous Clark Mansion, easily the city’s most over-the-top private residence.  In place of the mansion’s much-ridiculed Baroque frills, 960 Fifth Avenue’s sedate exterior cloaks a series of apartments noted for their grandeur and individuality – only three share the same plan – and for amenities that still include a private restaurant for tenants, The Georgian Suite, which has its own avenue entrance.

According to historian Carter Horsley a ground floor duplex was listed in the 1970s for $160K.  The current prices, were anything ever available, are probably in excess of that…