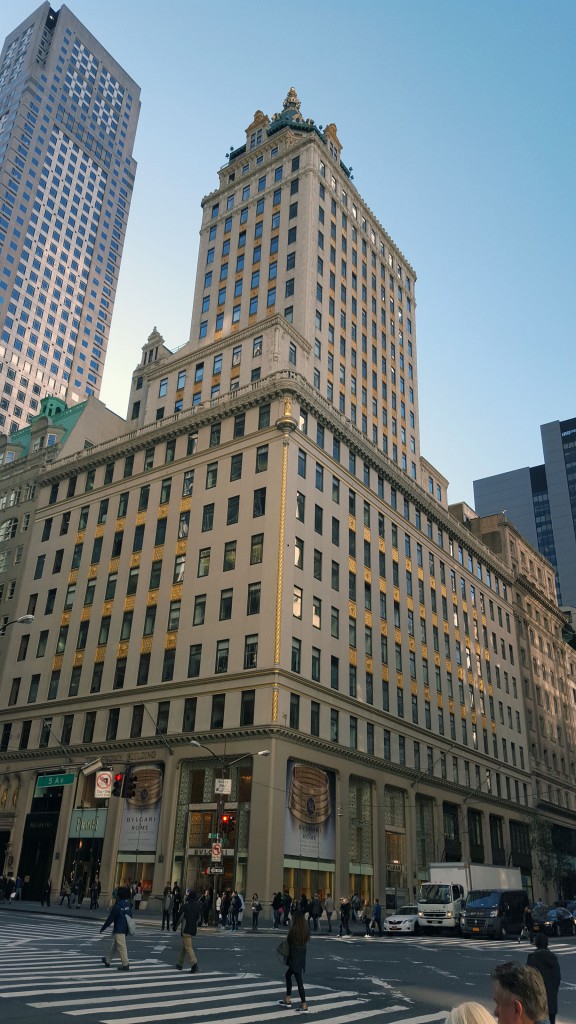 A spectacular design by Warren & Wetmore, architects of Grand Central Terminal, the Crown Building at 730 Fifth Avenue and West 57th Street is a neo-Baroque delight.  The ornate tower, brilliantly illuminated at night, is visible the length of Fifth Avenue from the north and serves as a distinctive gateway to Midtown from the Central Park blocks.

730 Fifth Avenue, like numerous other building adjacent to and located on 57th Street, is popular with art galleries; perhaps the statues of the three Graces that appear over the modest-sized entrance have something to do with this.

A twelve-foot high weathervane shaped like a rooster was removed and melted down for the war effort in the early 1940s.