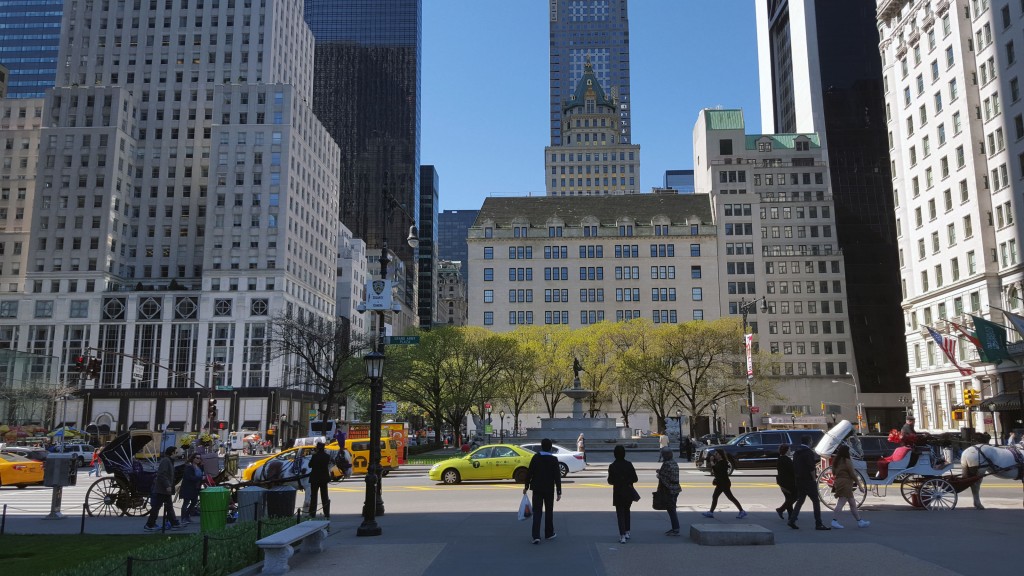 A collection of department stores, hotels and private clubs that marks Fifth Avenue’s transition from the commercial hubbub of Midtown back to a residential boulevard, The Plaza District is named after Grand Army Plaza, a bisected square that gives the blocks immediately adjacent their airy, open character.

For many years a view from Central Park of the district’s towering hotels was one of the most iconic postcard images of New York.  This changed with the removal of the Savoy Plaza Hotel for the General Motors Building, although the district has preserved much of its architectural elegance.

The Plaza District is Fifth Avenue’s southernmost entry to Central Park; once we cross 59th Street, there will be only two buildings on the west side of the street with Fifth Avenue addresses until we reach 110th Street.

At a mere five blocks, this is the smallest district Fifth Avenue passes through.