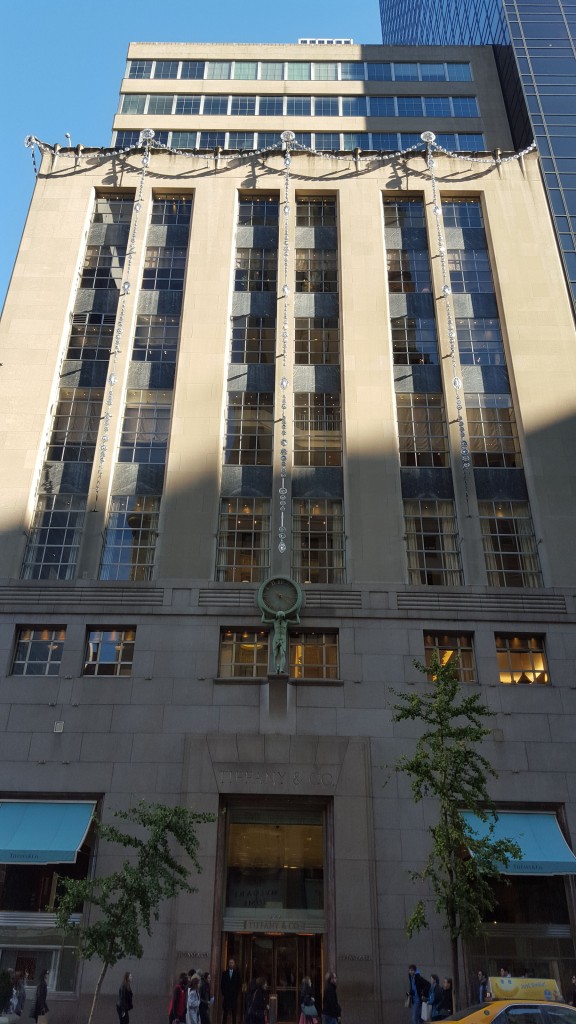 Designed by Cross & Cross in a sedate Art Moderne style, 727 Fifth Avenue has been home to New York’s most famous jewelry store since it was constructed in 1940.  The building is the fourth location for Tiffany’s and the second to be erected by the company, with McKim, Mead & White’s graceful 401-409 Fifth Avenue being the prior address.  The famed Atlas clock above the entrance has traveled from location to location since it was created by Henry Frederick Metzler in 1853; Metzler was a carver of ship figureheads and the statue of Atlas is of wood painted to resemble bronze.

Elegantly understated interiors and fine but unobtrusive detailing all serve to support the famous window displays, first created by Gene Moore, and standard-setters for the idea of the Fifth Avenue store window as a form of art in itself.

Audrey Hepburn’s famous “breakfast” at the building – coffee and a pastry from a sidewalk cart while admiring the windows – took place in the 1961 film adaptation of Truman Capote’s 1958 novella “Breakfast at Tiffany’s”.

The uppermost four floors are a later addition.